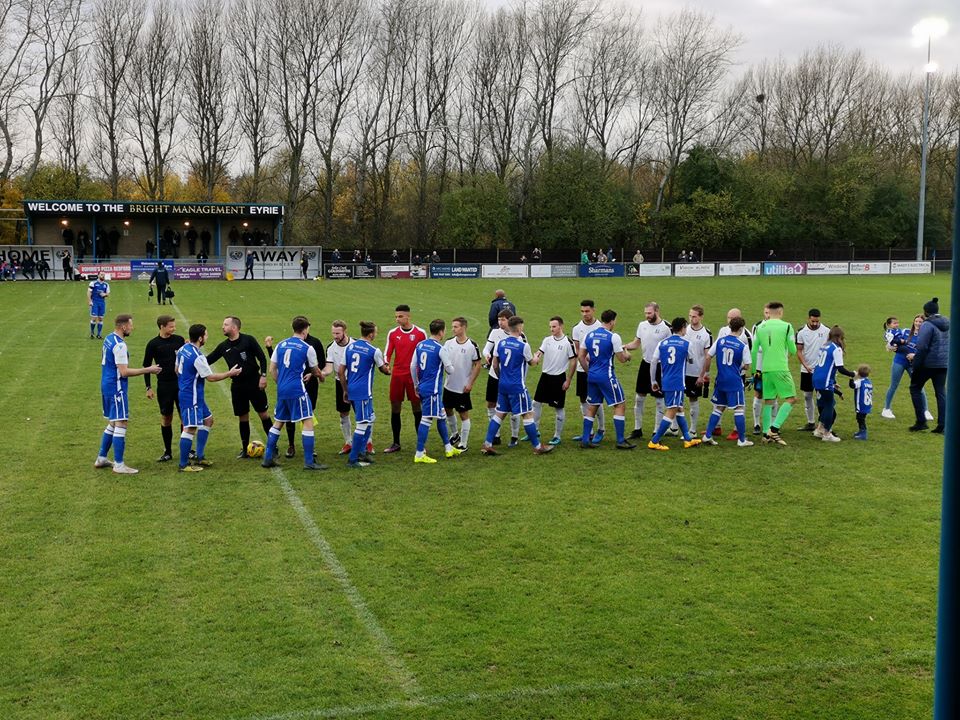 A late goal from Bedford substitute Jack Vasey gave Bedford all 3 points in an entertaining game.

Bedford opened the scoring on 31 minutes with Thomas Hitchcock latching on to a rebound from Ben Ford’s free kick which was pushed out by Bradley Lashley to give Bedford a deserved half time lead.

As has been the norm in recent matches Daventry came out stronger in the second half and dominated with most action being in the Bedford half. Jack Bowen’s header from a Fitzgerald cross being the best chance.

The pressure told and with 5 minutes to go it looked like Kyle Barnett’s scrambled goal from a corner would see a deserved point. This was Kyle’s first goal for the club.

However, just 2 minutes later Vesey scored for Bedford to give the hosts what was a probably an undeserved result. His calmly placed shot went through a posse of players giving Lashley no chance.

Daventry’s next action will be on Tuesday night in the Hillier Cup vs Desborough Town.