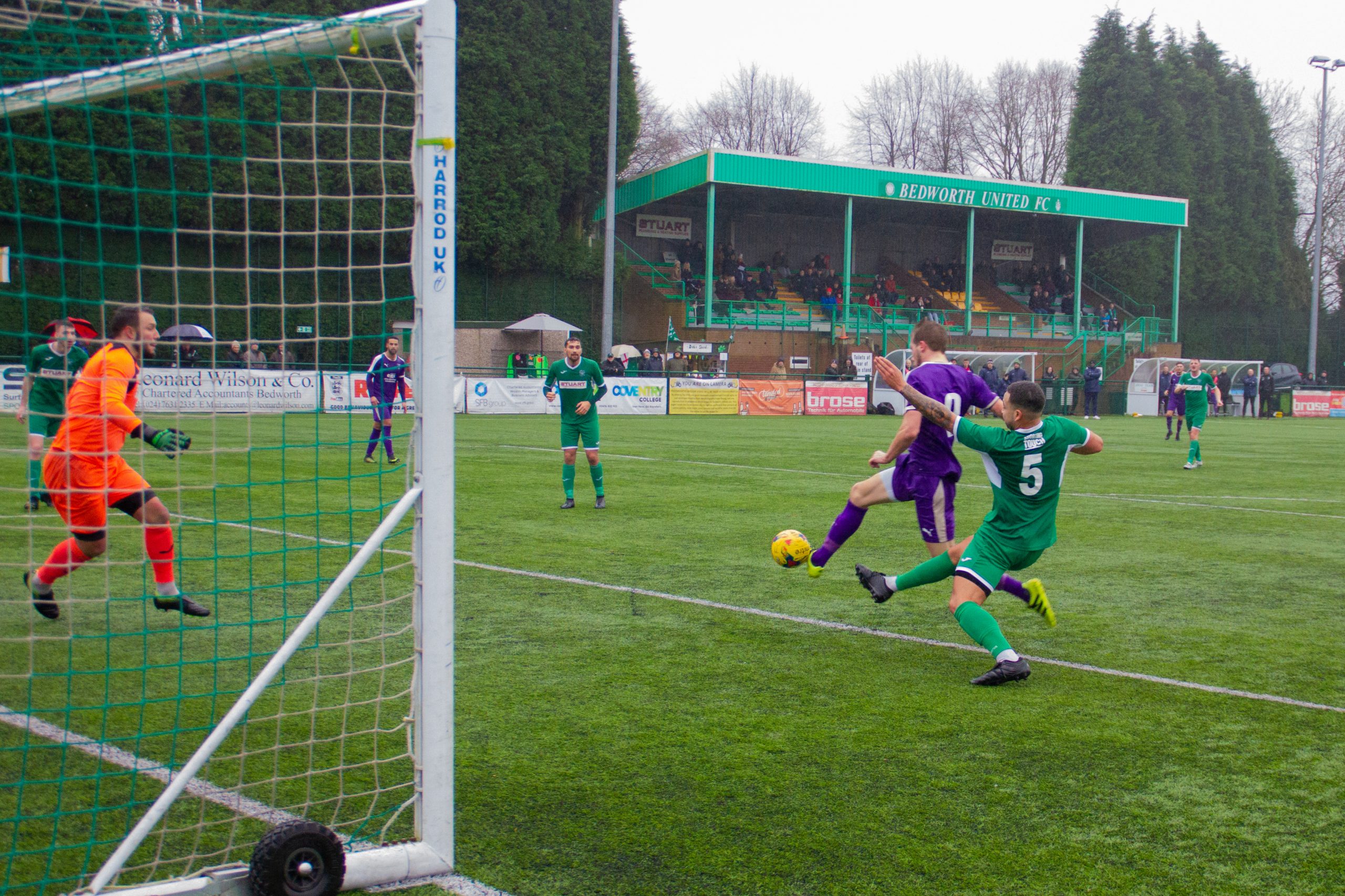 Bedworth United took the spoils in a gritty Boxing Day game played in front of over 200 fans.

Bedworth took the lead on 11 mins as Mitchell Piggon converted an excellent cross in from James Martin’s left hand side which gave him no chance as the ball fired into the net.
The second came just 5 minutes later as an excellent free kick was smashed past Martin by Luke Rowe.

Daventry came back into the game on 34 minutes when Jack Bowen converted Taylor Orosz’s cross (pictured), scoring from inside the 6 yard box. This led to Daventry’s best spell of the game which lasted until Half Time.

There were no goals and few chances in the second half as the game became a battle between both sides in midfield. If anyone were to score, it would have been Bedworth but for a couple of smart stops from James Martin keeping his old club at bay.

That concludes a special year for the club. 2019 has been amazing. Lets hope we can continue the story in 2020.