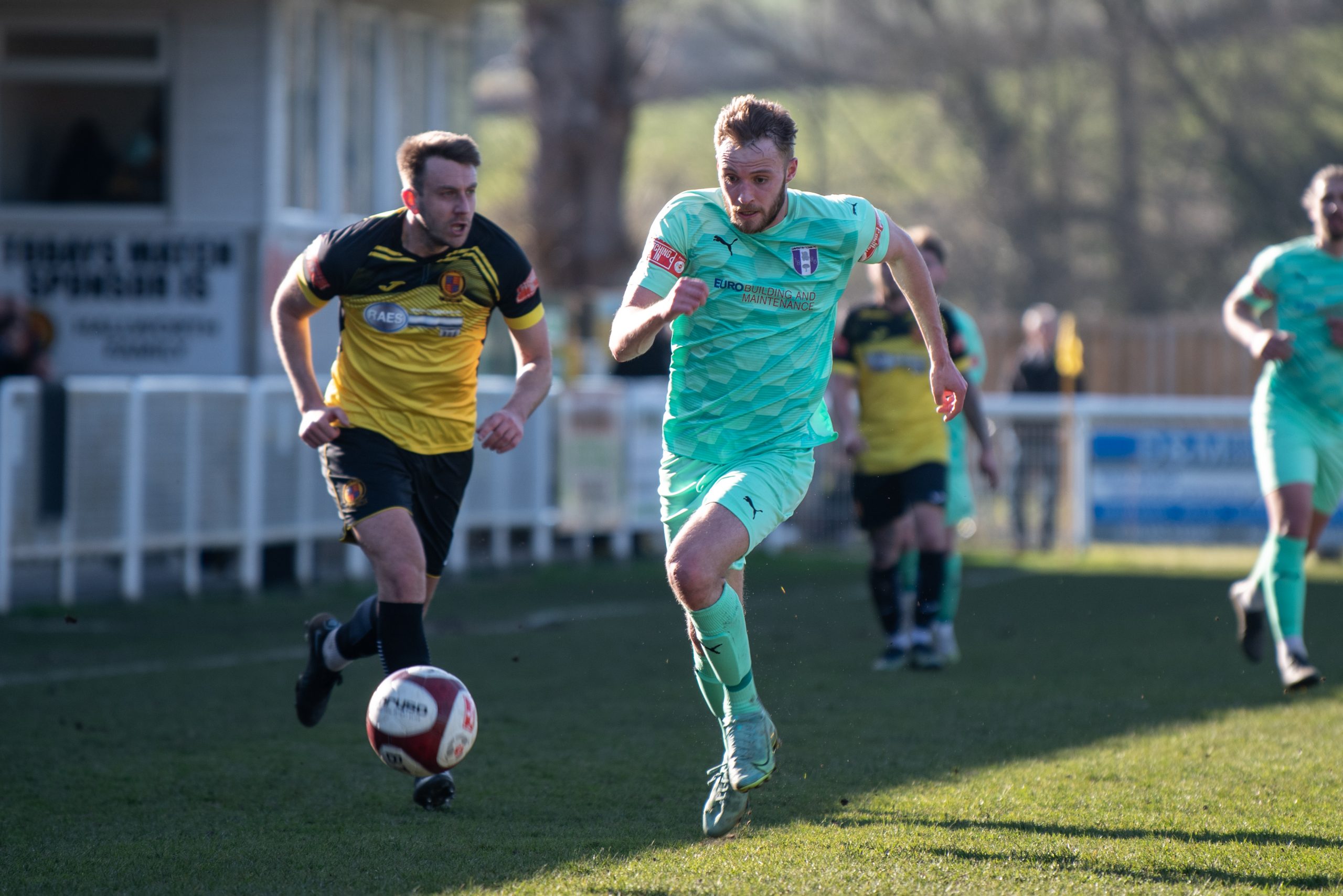 An early goal from Brodie Litchfield seemed to be enough to secure all three points for Belper up until the 80th minute when substitute Ross Harris unexpectedly equalised for Daventry.

However, the Nailers fought back once more and defender Todd Jordan volleyed the ball home with only two minutes left.

Belper started the game on fire and were 1-0 up in only the third minute of play after debutant Reon Benjamin-Potts played a lovely curved ball out wide to Litchfield following a counter attack; the winger powerfully burst towards goal before calmly placing his shot past the keeper at his near post.

The Nailers continued to dominate the early stages of the game and were extremely unlucky not to find themselves 2-0 up in the 14th minute.

Jakub Niemczyk dispossessed Jamie Andrews on the halfway line; the Burton Albion loanee proceeded to burst down the left wing before firing a low cross into Litchfield who quickly diverted the ball towards goal but James Martin was on hand to push the ball away from danger.

In the 18th minute the spectators at the Raygar stadium were nearly treated to a moment of magic from Litchfield.

The winger intercepted a weak pass from Andrews and proceeded to cut in from the right wing taking on several defenders in the process.

Litchfield then attempted the spectacular 20 yards out from goal with the outside of his right boot but his shot sailed well over the bar.

Daventry really struggled to get into the game in the first half and had goalkeeper Martin to thank for the score only being 1-0 coming into the break.

One of Martin’s finest moments came in the 30th minute after Niemczyk twisted and turned past two defenders inside the box before firing a powerful shot towards goal, but the Purple Army’s number one got down quickly to deny the Pole.

Following that near miss from Niemczyk the game seemed to fizzle out with chances coming very few and far between.

However in the 80th minute Daventry got a very unexpected equaliser.

Bleu McNeil played a long ball into the Belper box following a free kick on the halfway line where his cross found an unmarked Harris at the back post who firmly headed the ball into the ground and into the back of the net making it 1-1 with ten minutes to play.

However, Belper also had one last chance as Prince Mancinelli drew a foul on the halfway line.

The free kick was launched to the edge of the box where Alex Peterson flicked the ball onto an unmarked Jordan who looped his volley over Martin into the back of the net making it 2-1 to Belper in the 88th minute of the game giving Daventry no chance to respond this time.