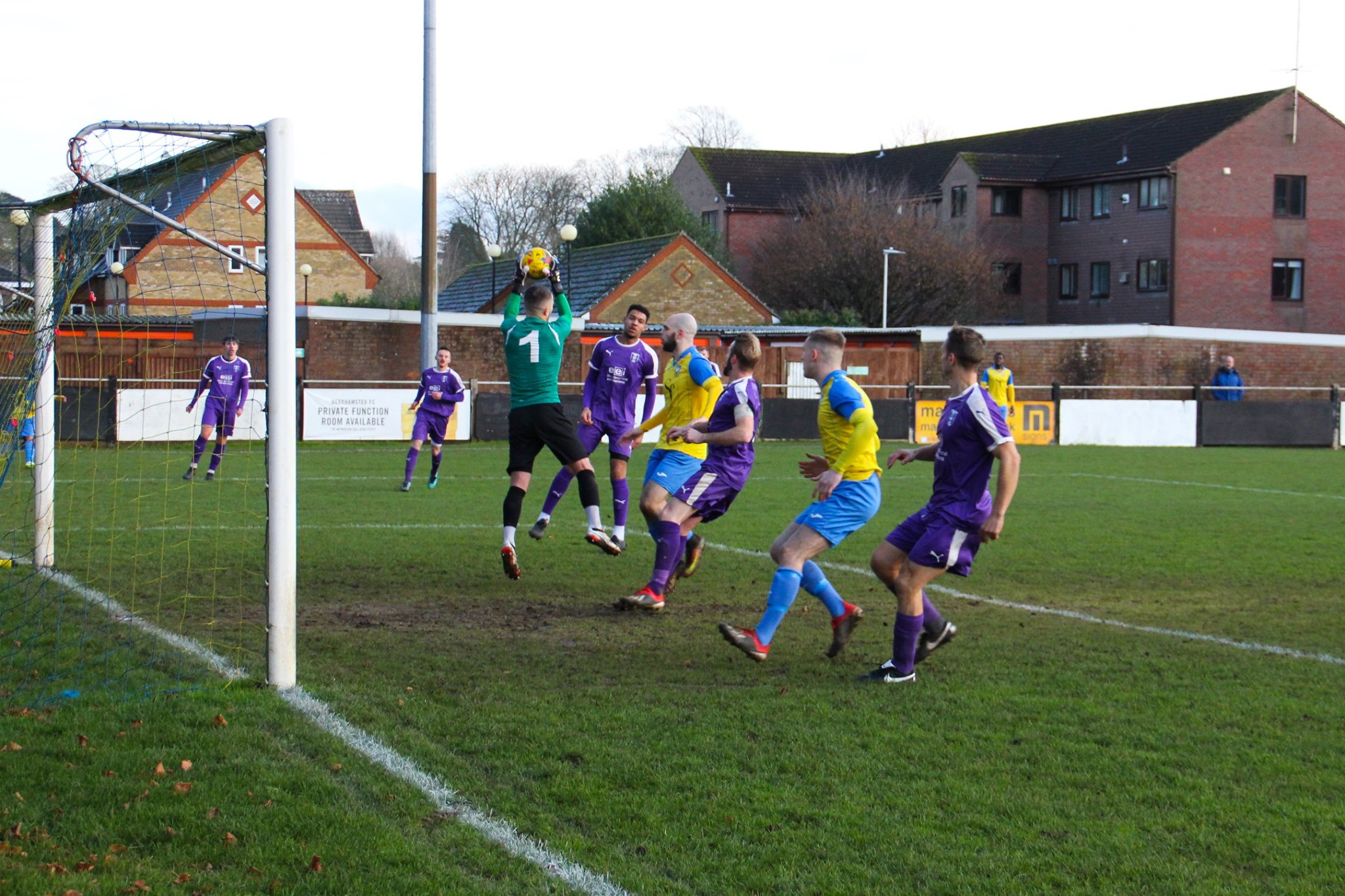 Two goals in the first half from Berkhamsted’s Daniel Akubuine and Jonathan Lacey gave Daventry a mountain to climb on Saturday.

Despite Adam Confue hitting the post in the first half, Berkhamsted took a half time lead shading the first half which was tighter than the scoreline suggested.

Daventry had more possesion but were wasteful in the final third. Daventry striker Jack Bowen looking especially frustrated at the lack of quality service.

In the second half Daventry started much better and had a spell of play which looked like they would be able to get back into the game. There was better passing and they kept possession better however this was without really troubling the Berkhamsted goal.

The game was sealed in the 65th minute when league top scorer Lewis Toomey was credited the third goal despite it looking like coming off a Daventry defender, Toomey following up from a good save from Daventry keeper Iustin Cerga.

Daventry’s frustration with what was a weak refereeing performance saw Confue and Taylor Orosz booked along with Kyle Barnett. Confue and Orosz are now banned for Saturday’s trip to Dunstable.