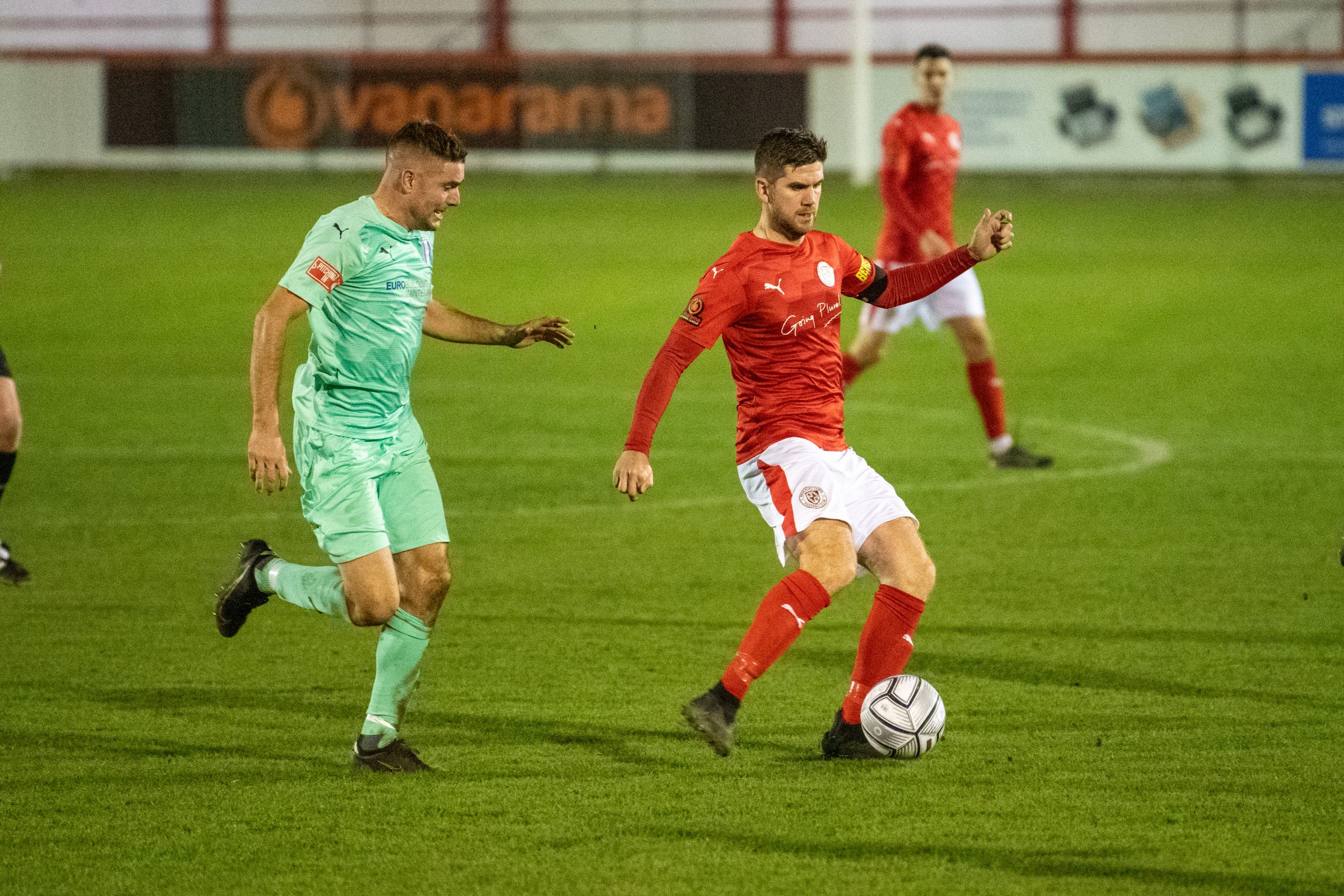 Brackley Town cruised through to the semi finals of the Hillier Cup with a 3-0 victory over Daventry.

Manager Arron Parkinson made changes from Saturday’s side with no Ross Harris, Jack Finch, Adam Confue and Jack Bowen in the starting line up.

Tom Rowley who recently signed for the club started his first game, with a full debut for Callum Martin at left back. Aiden Print returned to the starting line up after a few weeks off getting vital minutes in his road to recovery.

The match was over as a contest after a first half hatrick from Brackley’s Matt Lowe. Lowe opened the scoring with a curling shot from the edge of the area on 31 minutes. His second came on 39 minutes with a well struck shot flying past James Martin from close range, with his hatrick coming just a minute later after a mazy run and finish into the bottom corner.

The second half was pretty much a non event as far as the match was concerned although Brackley had a couple of decent chances to go further ahead. A shot from Brad Rolt went just wide, whilst James Martin made a good save on 62 minutes from Tre Mitford.

Daventry showed better use of the ball and held it better than in the first half. There were however no real chances on goal in either half to speak of.

The Saints go through to the semi finals of the Hillier Cup where they will face either Bugbrooke, Peterborough Sports or AFC Rushden and Diamonds.

For Daventry, a return to league action comes this Saturday with a home fixture against Coleshill kicking off at 3pm.