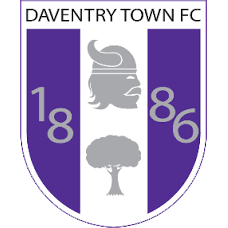 I became Chairman just a few weeks prior to the club appointing Arron Parkinson and Andy Marks as joint Managers.  In the 3½ seasons since, I have to say that it has been an absolute pleasure to watch the teams that Parky has assembled.

With our very limited resources Parky did what a lot of people thought would be an impossible job in lifting the club back to the Southern League in just 3 seasons, even exceeding his own expectations at our initial meeting when he said it was a 5 year plan.

It is with great regret that I have had to accept his resignation, not only as a top manager but as someone who has put his heart and soul into Daventry Town Football Club.

I have said numerous times over the years that a special quality of Parky has been the togetherness of the teams that he has created and that is a testament to the man and evident in the number of players who have been on this journey with him.

On the pitch, the club has come such a long way under his leadership whilst we have struggled off the pitch to keep up.  His resignation was a complete shock and came out of the blue.

I asked him to sleep on it Saturday night after he had told us but he informed Club Secretary Brian Porter on Sunday morning that he stood by his decision and that the time was right for someone else to take up the challenge.

On a personal note, the professional way Arron went about his management of the team was clear to see and I have had the privilege of attending matches with him to watch the opposition for forthcoming games.  I know the amount of time and commitment he has given to the club, especially with a young family to support, has been immense.

He was instrumental in starting the reserves under Andy Emery and Pete Harris and you would often see him in attendance at their games when time permitted.

Parky is a true gentleman and someone who so rightfully got what he deserved for all his hard work.  2 promotions, a Charity Cup and a League Cup were all won under his command and he leaves us sitting in the top half of the Southern League.

On behalf of myself and the committee along with every single supporter of Daventry Town Football Club I can’t thank you enough and wish you all the best for the future.