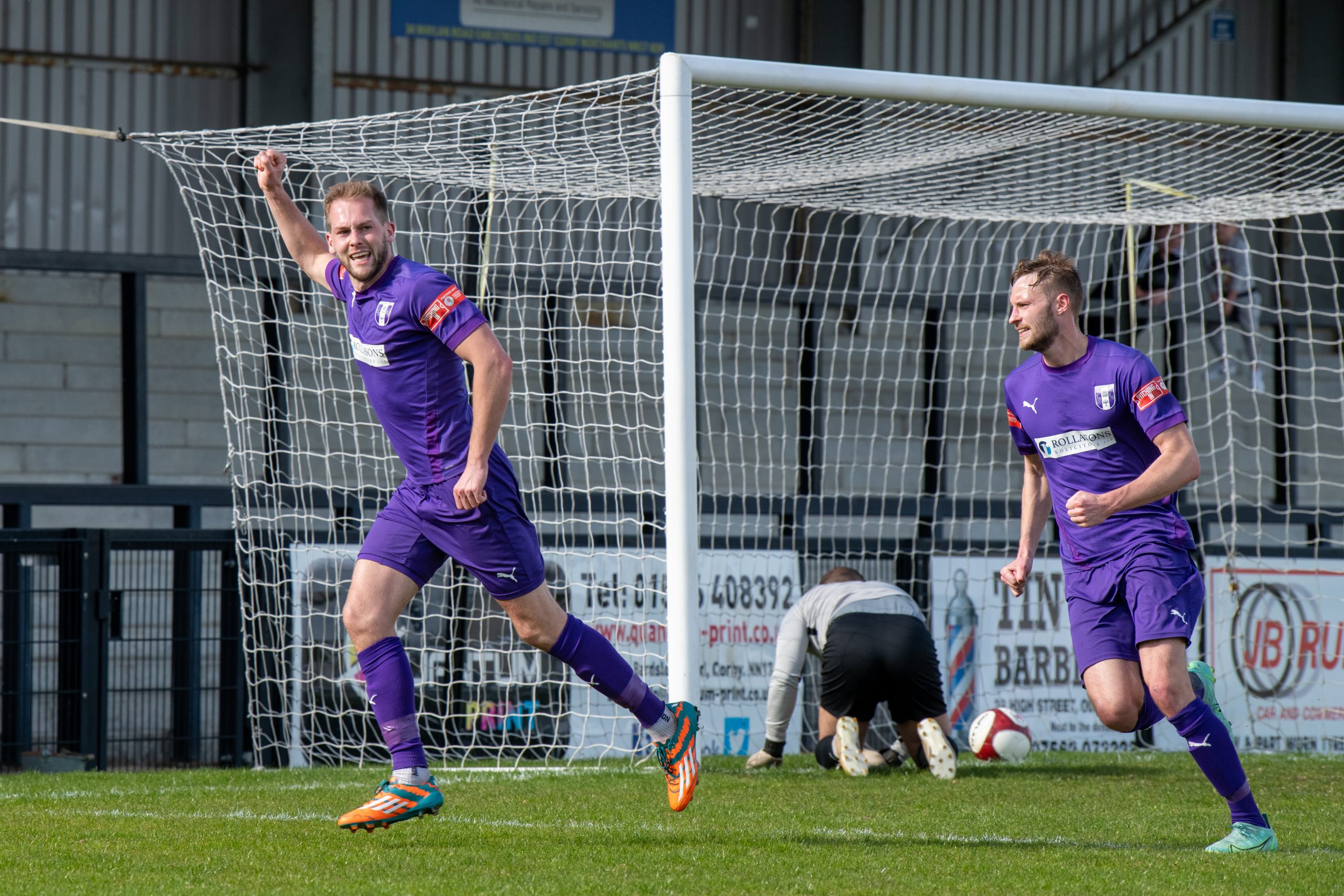 The match started with chances for both sides. Jack Bowen had a couple of headers which went wide courtesy of a long throw from Lewis Burgess which were headed over.
The hosts should have taken the lead on 10 minutes when an open goal was presented after a good James Martin save. The follow up somehow going wide.

Corby opened the scoring via James Clifton on 20 minutes who headed past James Martin at the near post.

The second half saw changes for Daventry which changed the game – Ross Harris, Nat Gosnal-Tyler and Dan Childs all came on and made a difference.

George Ball had a half chance on 60 minutes which went wide. Another chance for Jack Bowen 5 minutes later was also just wide before Daventry got a deserved equaliser.

A long throw from Lewis Burgess was headed fiercely past the Corby keeper Ben Heath by Jack Bowen.

Minutes later Daventry nearly took the lead as the visitors pressed for a winner. Ross Harris headed over from a George Ball cross on 77 minutes, seconds later Nat Gosnal-Tyler volleyed just wide from the edge of the box.

With 10 minutes to go it looked as if it wasn’t going to be Daventry’s day as Jeff Woodward missed a golden chance when it was easier to score.

However, Daventry’s second half performance got what it deserved as the game went into injury time when Taylor Orosz smashed home a half volley from the edge of the box to give the purple army three points.

It was made even better just a minute later when Jack Bowen scored his second of the game again after a long throw into the box.

Yesterday was a tremendous second half performance, and as the season draws to a close next week, will be one of the many highlights of a great season.