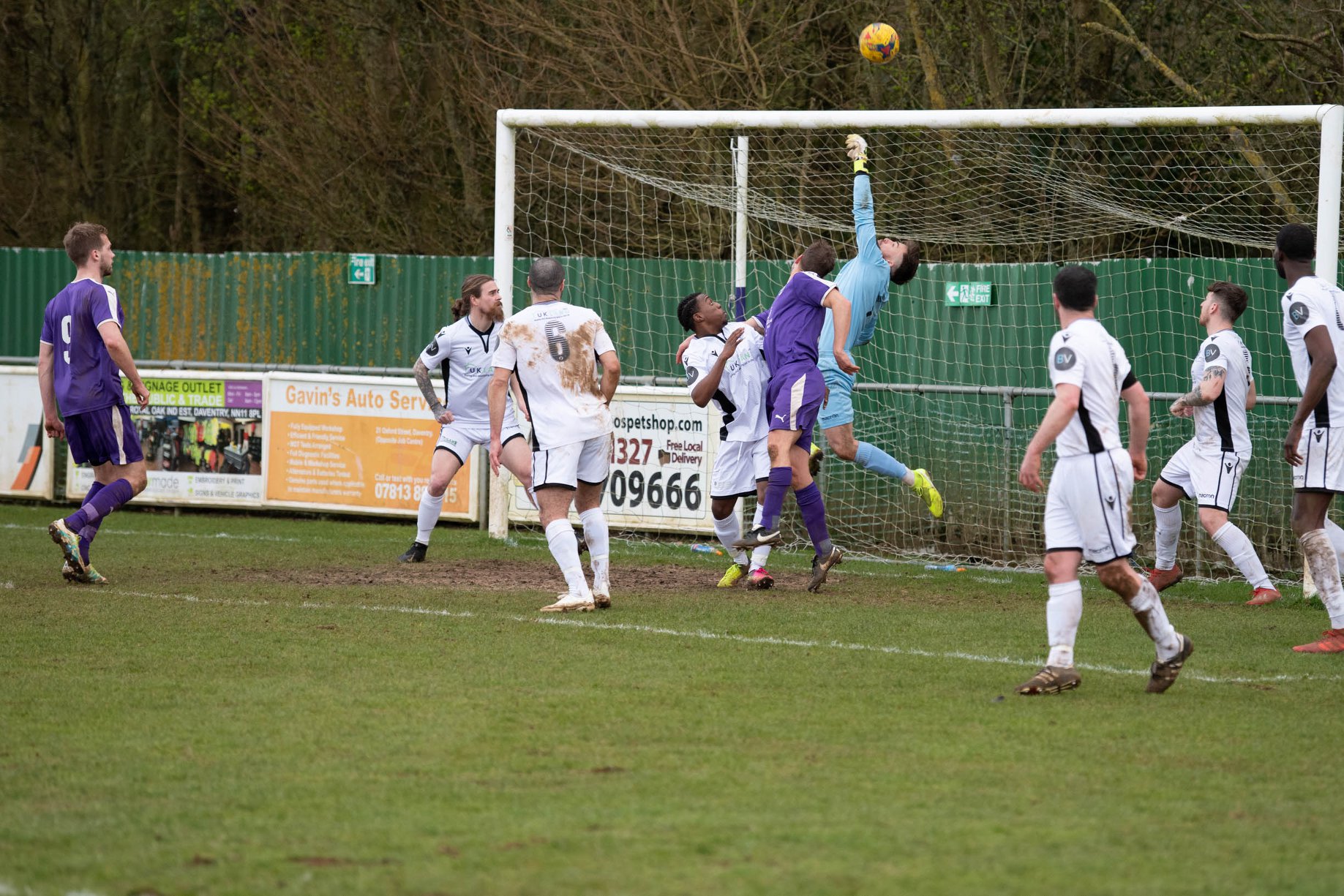 The key moment in the match came in the 12th minute when Daventry Town’s captain Ross Harris was given a red card for retaliation after he was fouled in a goal mouth skirmish. The home team were always up against it from there.

Jake Newman gave the visitors a deserved lead just before halftime when he scored from close range.

Good work from Connor Tomlinson led to Thomas Hitchcock getting the Eagle’s second goal in the second half.

Recent signing James Greygoose made several excellent saves in the visitor’s goal to prevent Town from getting back into the match.

Daventry’s next match will be on Tuesday night down at Welwyn Garden City.