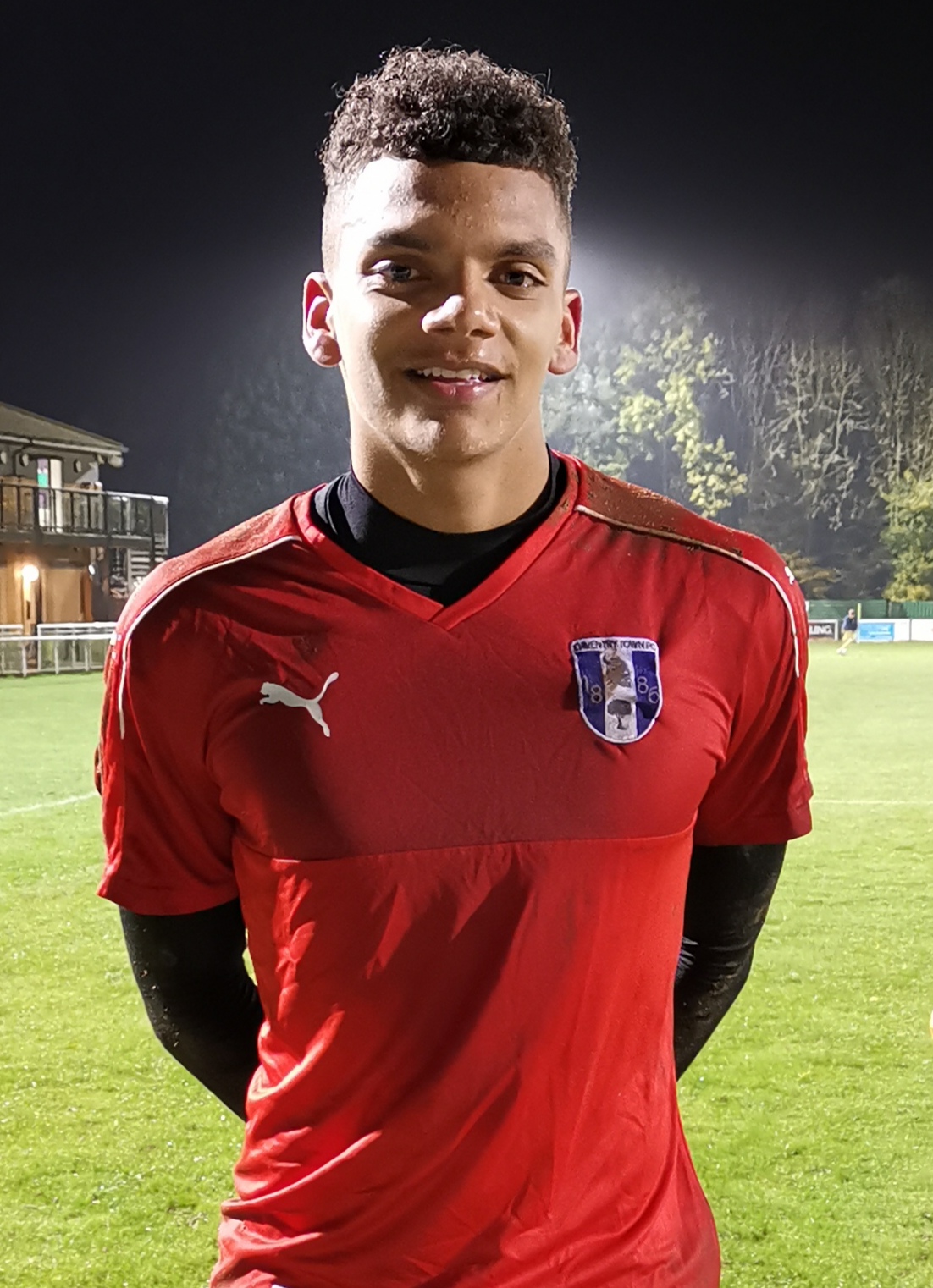 New goalkeeper Bradley Lashley was powerless to stop Nuneaton’s Callum Powell from scoring all three Nuneaton goals tonight as Nuneaton eased through to the next round of the Southern League Cup.

Daventry opened the scoring through Adam Confue who struck a well placed shot from 20 yards into the bottom corner of the goal past Nuneaton keeper Tyrell Belford.

It was a shortlived lead for Daventry though as Powell equalised before half time.

The second half was a strange half in the fact that for the first half hour Daventry looked the more likely scorers. The ball was knocked around well and Daventry looked more threatening.

However, a goal from nowhere when Powell slotted home underneath debutante keeper Lashley changed the game, and Nuneaton grew into the half more with the game sealed in the 85th minute when the excellent Powell scored to complete his hatrick.

Disappointment for Daventry, and another injury worry with Ollie Wilkinson limping off in the first half.

Congratulations to Nuneaton. Daventry have a chance to regroup on Saturday against Wantage Town.