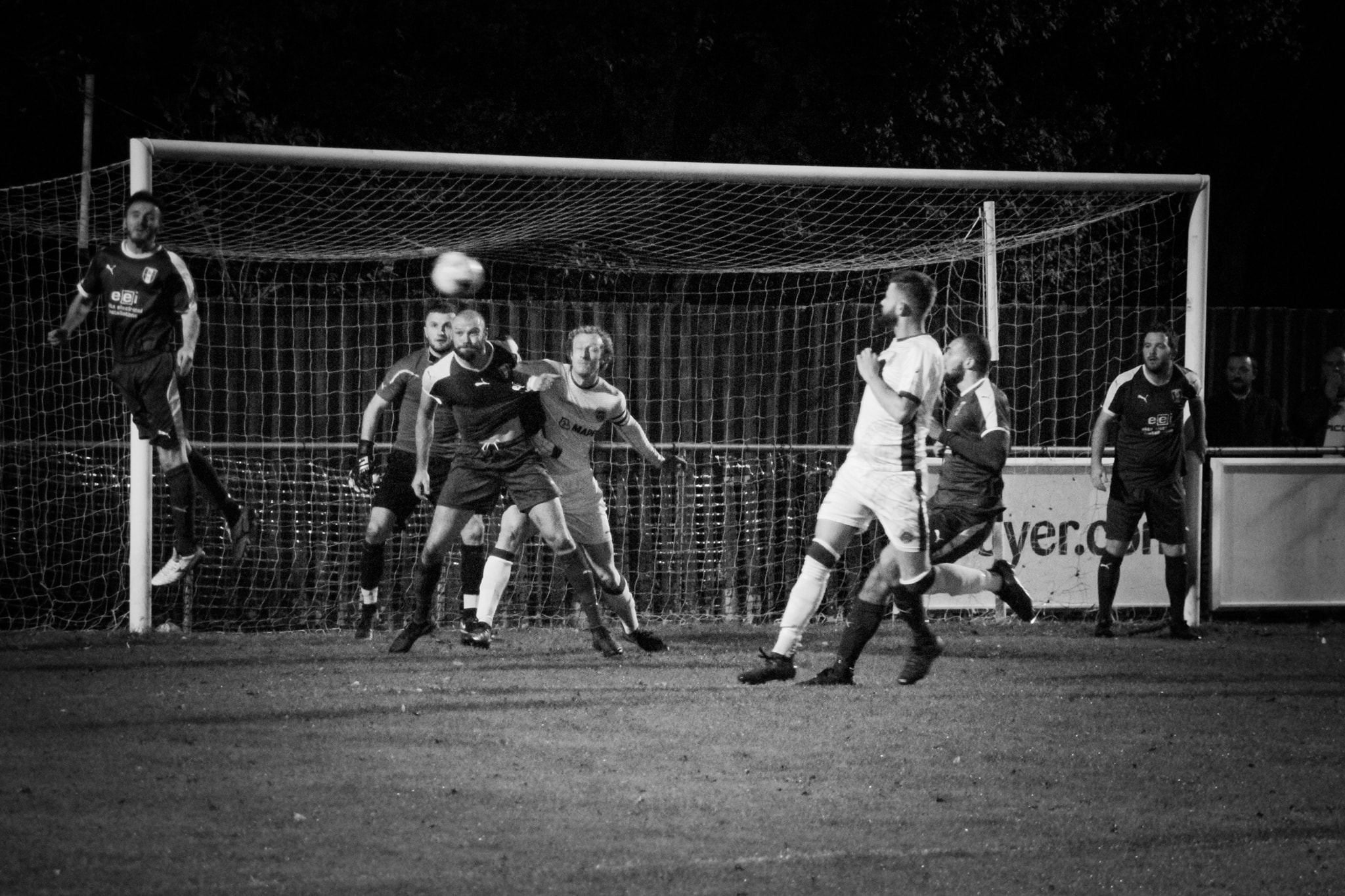 A goal in each half from Daventry’s Aaron King and Taylor Orosz saw Daventry ease through to the second Round of the Southern League Cup against a much changed Halesowen.

It was a scrappy match with little in the way of clear cut chances for either side.

Daventry opened the scoring in the first half with Aaron King continuing his fine recent form to score with a lovely chip from outside the box.

The game was sealed early in the second half when the excellent Taylor Orosz broke from a Halesowen corner with a fine solo run and finished calmly into the bottom corner.

Halesowen had a couple of half chances and their best chance came in the second half when Robbie Bunn had a chance which was saved by Iustin Cerga.

Daventry now face Nuneaton Borough in the second round with the date to be confirmed. Ties are to be played week beginning 4th November.