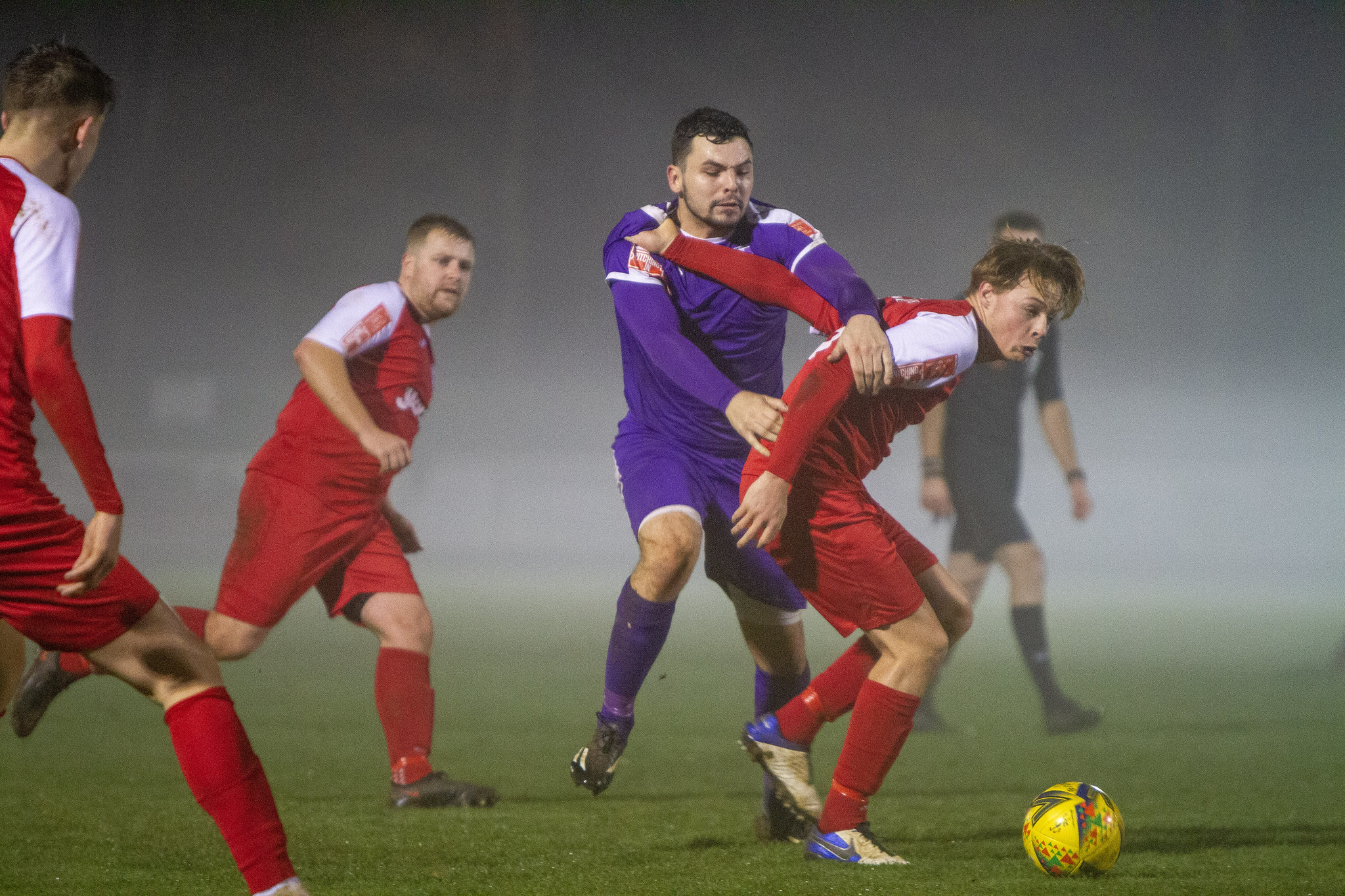 Daventry make it two wins on the bounce

Daventry Town beat Didcot Town at home on Wednesday night to make it two successive wins before a 4 week government imposed lockdown to prevent the spread of corona virus.

A sublime finish by Taylor Orosz was the highlight of the night.  Orosz slotted into the bottom right corner, after a brilliant ball over the top from the centre of the park by Luke Emery.  This sealed a comfortable win for Daventry despite playing most of the second half with 10 men.

Daventry opened the scoring on 26th minutes when great link up between George Ball and Jack Bowen saw Bowen drive down the left wing before firing a dangerous cross low into the Didcot box which was turned in by defender Luke Hayward at the near post.

It was two nil to Daventry with 5 minutes to go before half time.  Striker Luke Emery was adjudged to have been brought down in the box and Jack Bowen sent the keeper the wrong way to score from the spot.

The second half began with the dismissal of Jarvis Wilson.  Wilson shown a second yellow card for a foul almost as soon as the second half whistle was blown.  As expected, Didcot exerted a spell of pressure on Daventry but this petered out as Town weathered the storm.

Orosz’s goal on 68 minutes sealed the game as Town defended well as a unit on the night to keep out brief spells of pressure.