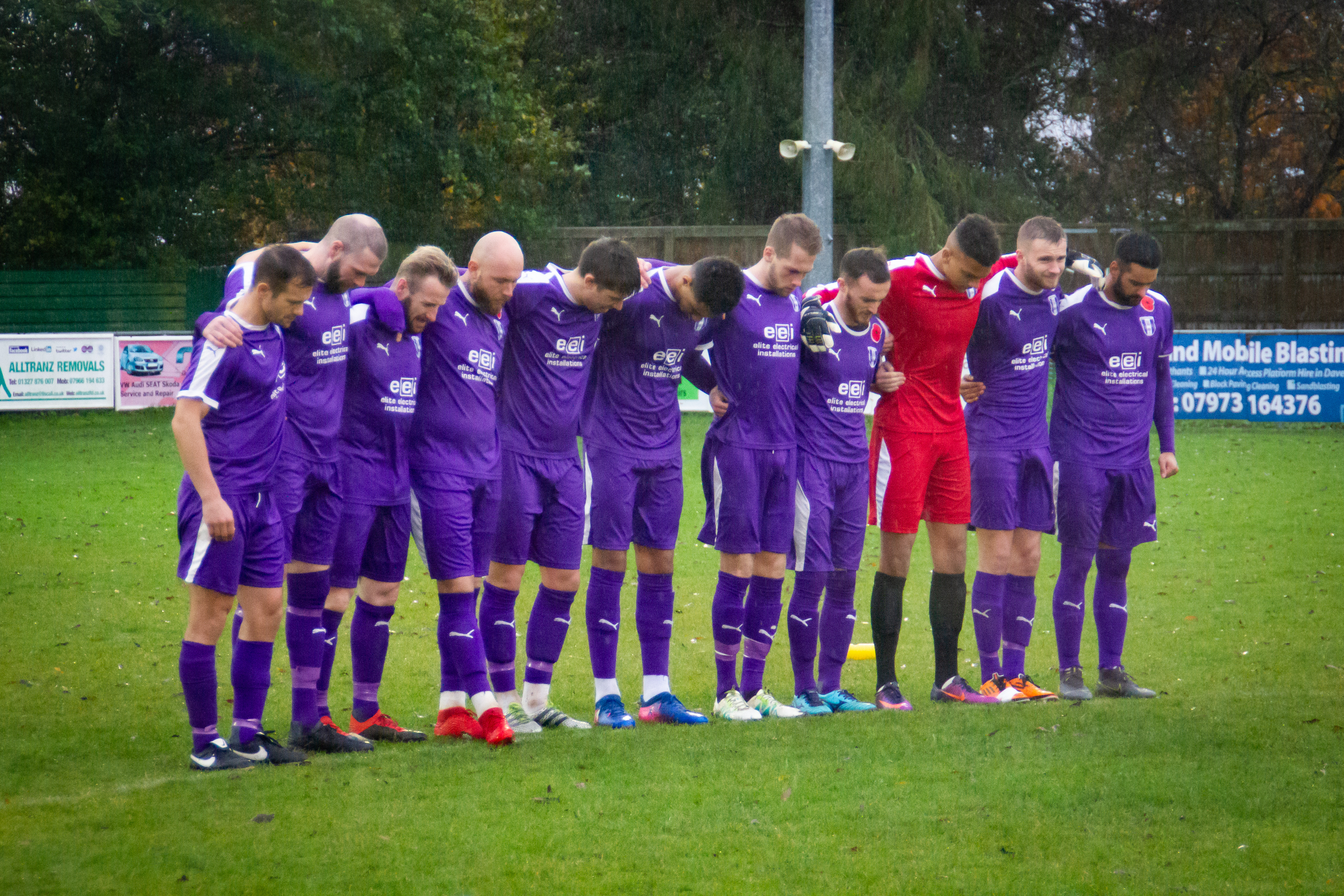 A hat-trick from Jack Bowen sealed Daventry’s win today in horrible conditions up at Elderstubbs.

The first half started with slowly for both teams with Daventry having more possession and half chances, but Wantage had the best chance with a header which was saved by keeper Brad Lashley to his left.

Daventry’s opening goal came courtesy of Jack Bowen who headed home Taylor Orosz’s looping cross to score low down in to the corner after 40 mins. Possibly the keeper who got a hand on it could have done better, but in difficult conditions the ball slid in.

Wantage equalised at the beginning of the second half. Trevor Mutero heading home a cross from the left to beat Lashley.

Daventry however got back into the lead on 68 minutes when a penalty was given for handball. Jack Bowen took it and slotted to the keepers left hand side.

It was three goals for Daventry 10 minutes later. Aaron King went through one on one and calmly slotted the ball past the onrushing goalkeeper.

Bowen’s hatrick was completed 3 minutes later, when yet another penalty was given for a foul on Kieran Fitzgerald. Bowen went the same way, and scored his first hat-trick for the club capping a fine performance.

In tricky conditions, Wantage played some good football which didn’t neccesarily reflect their lowly league position. However, for Daventry, it is a win that puts them into the play off positions tonight.