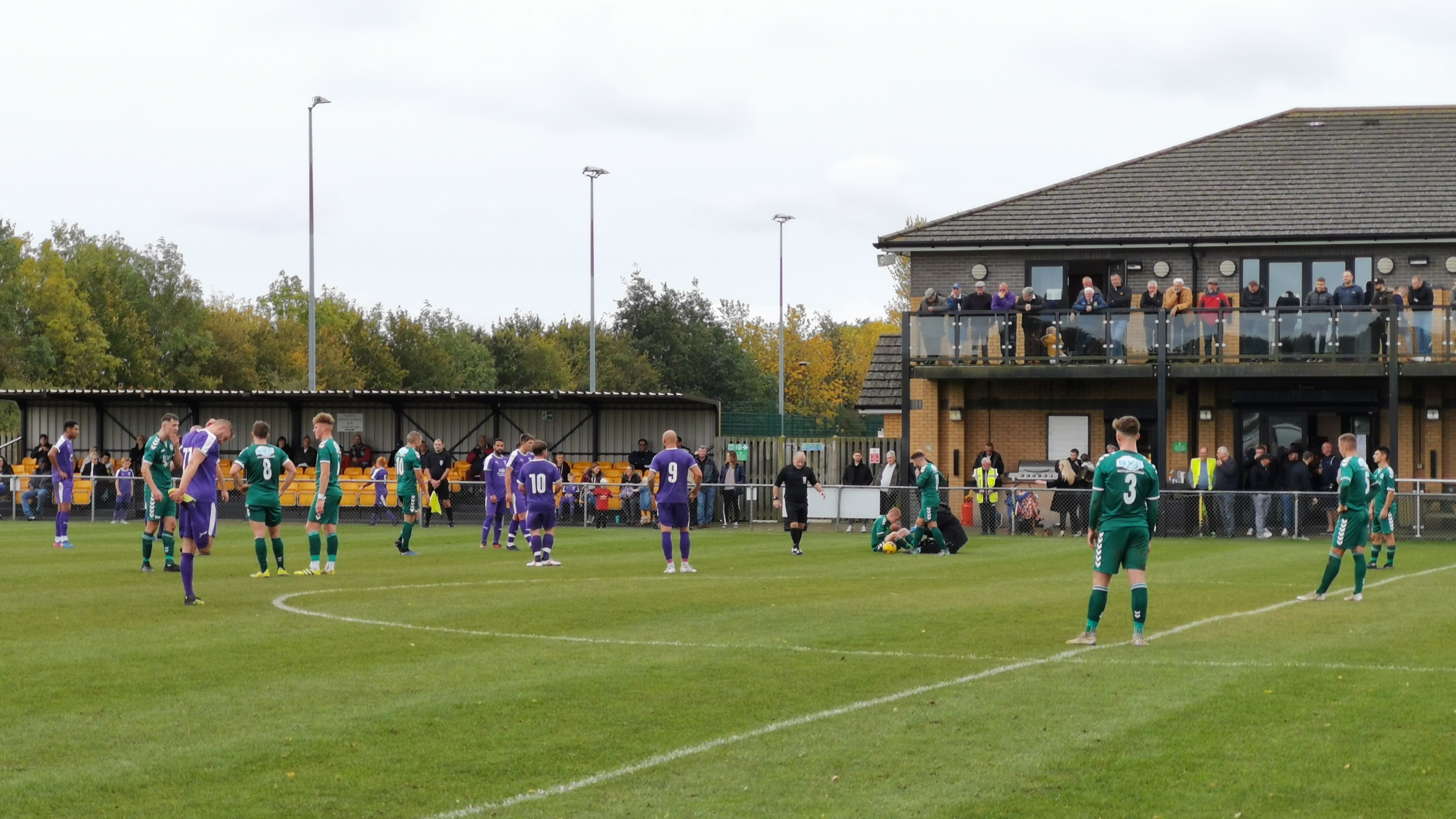 By Brian Porter   |   October 12, 2019
Leave a comment
A disappointing defeat for Daventry against Biggleswade this afternoon on Non League Day in front of nearly 170 fans.
Daventry had their best chance of the game in the first 20 seconds with an Aaron King header flashing over the bar from good work by Taylor Orosz.
That however was the end of the positives for Daventry in a frustrating day. Following the early chance, just 2 minutes later Biggleswade’s Kieran Barnes chipped Iustin Cerga to give them the lead.
In the match that followed there were limited clear cut chances for both sides before Biggleswade’s Ryan Inskip went through to score after sloppy defending in the 58th minute.
Daventry never really got going today, and Biggleswade were the deserved winners, with only a half chance by substitute Luke Emery of note late on.
Daventry now look forwards to next Saturday against Welwyn Garden City.
Share Now