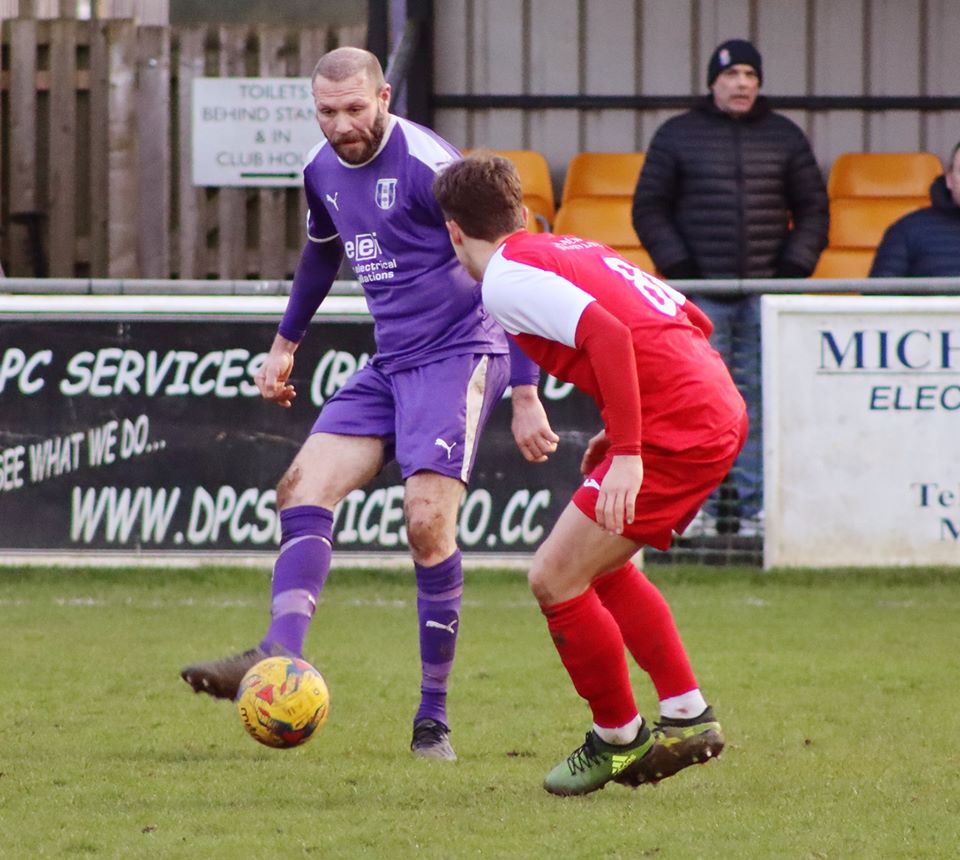 The local BBC Radio reporter summed up todays game with the phrase “I have 30 seconds of radio time, but I only need 15 seconds!”

It wasn’t great to be honest as a spectacle…

Other than a late Jack Finch effort parried away by the Didcot goalkeeper there was very little to report in the way of clear cut chances.

The second half was slightly better as Daventry pressed forward for a goal, but were thwarted by Didcot’s slowing the ball down, and the craziness of the Didcot goalkeeper throwing the ball into the trees behind the goal.

The game ended on a bit of a sour note as both sides niggled at each other and Aaron King was lucky not to be shown a second yellow for a foul on the Didcot goalkeeper late on.

A point will see the away side happier, and for Daventry thoughts now turn to Tuesday’s game verses Halesowen Town.