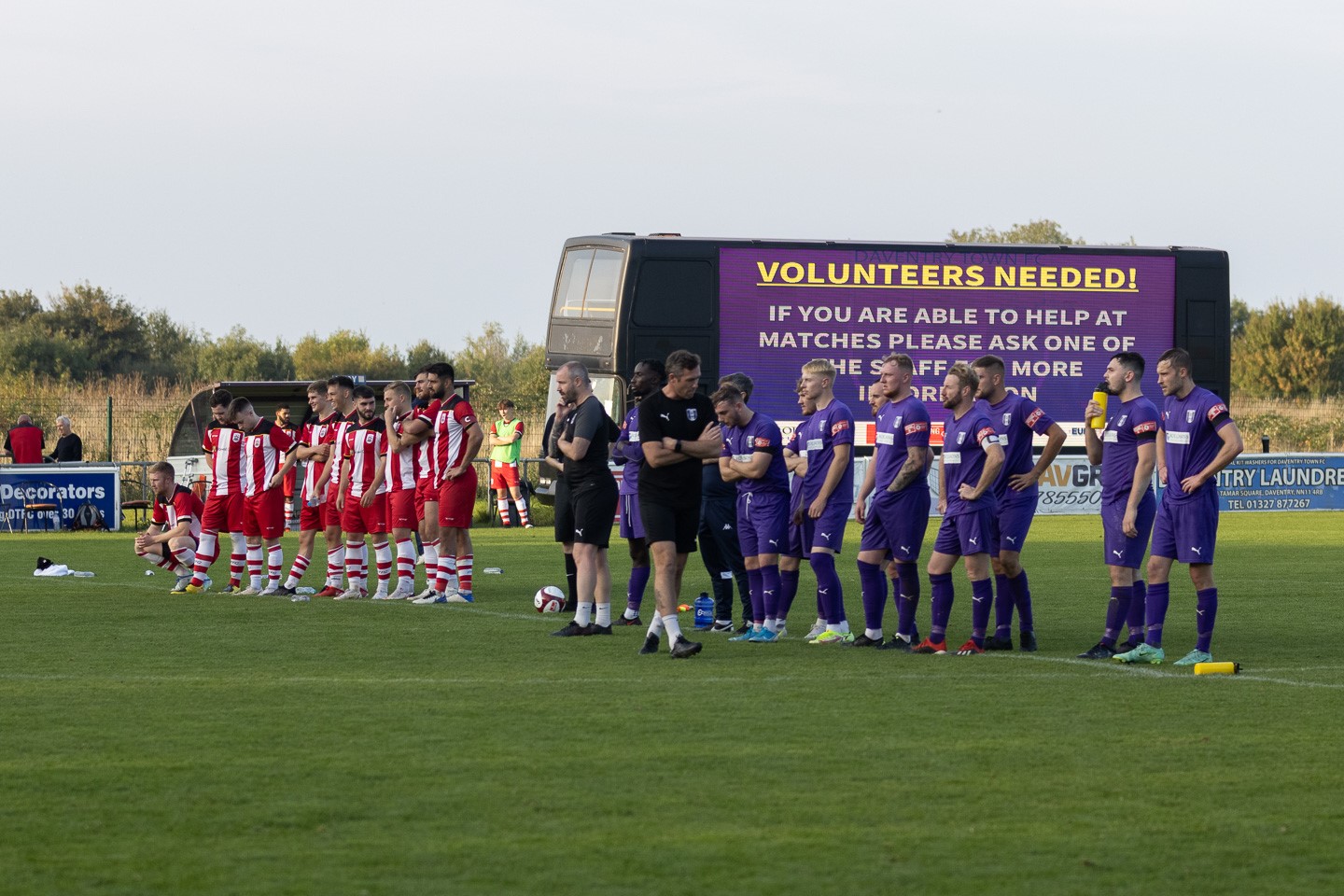 Daventry were defeated on penalties in the Buildbase FA Trophy although neither side really deserved to lose in an entertaining draw between the two sides.

Ilkeston shaded the first half, Tommy Williams shooting over after 15 minutes, before goalkeeper James Martin was forced into action to make a stretching save from Remaye Campbell. Ilkeston hit the bar on 28th minutes when Zak Goodson hit the bar. Shortly before half time there was a strong appeal for an Ilkeston penalty after Alex Troke was brought down in the box but play was waved on by the referee.

Where Ilkeston had the first half, the second half belonged to Daventry. Nat Gornal-Tyler had an early chance saved by the keeper on 46 minutes. Minutes later Joel Nketia had Daventry’s best chance. He controlled the ball and turned the defender in the box before hitting a fierce shot that was well saved by Ross Durrant in the Ilkeston goal. Daventry continued to press in the second half and with an exception of a free kick tipped over by James Martin, looked the more likely to score. Gornal-Tyler had a 20 yard shot brilliantly tipped over 10 minutes before time with Taylor Orosz heading wide just before the end.

The game ended goalless and the lottery of penalties was thrust on both teams.

Ilkeston opened the shootout scoring before Taylor Orosz hit his penalty over. A second penalty for Ilkeston was nearly saved by keeper Martin but just crept into the corner before a controversial moment in the shoot out. Luke Emery walked up to take his penalty and as he hit the ball the referee blew the whistle adjudging the keeper’s jumping to be unsporting. Emery’s initial penalty went in, but he had his retake saved by Ross Durrant. Ilkeston scored their next penalty leaving Daventry a mountain to climb in the shoot out. Although Archie Elmore scored his penalty, James Reid hit his penalty past Martin to give Ilkeston the win.