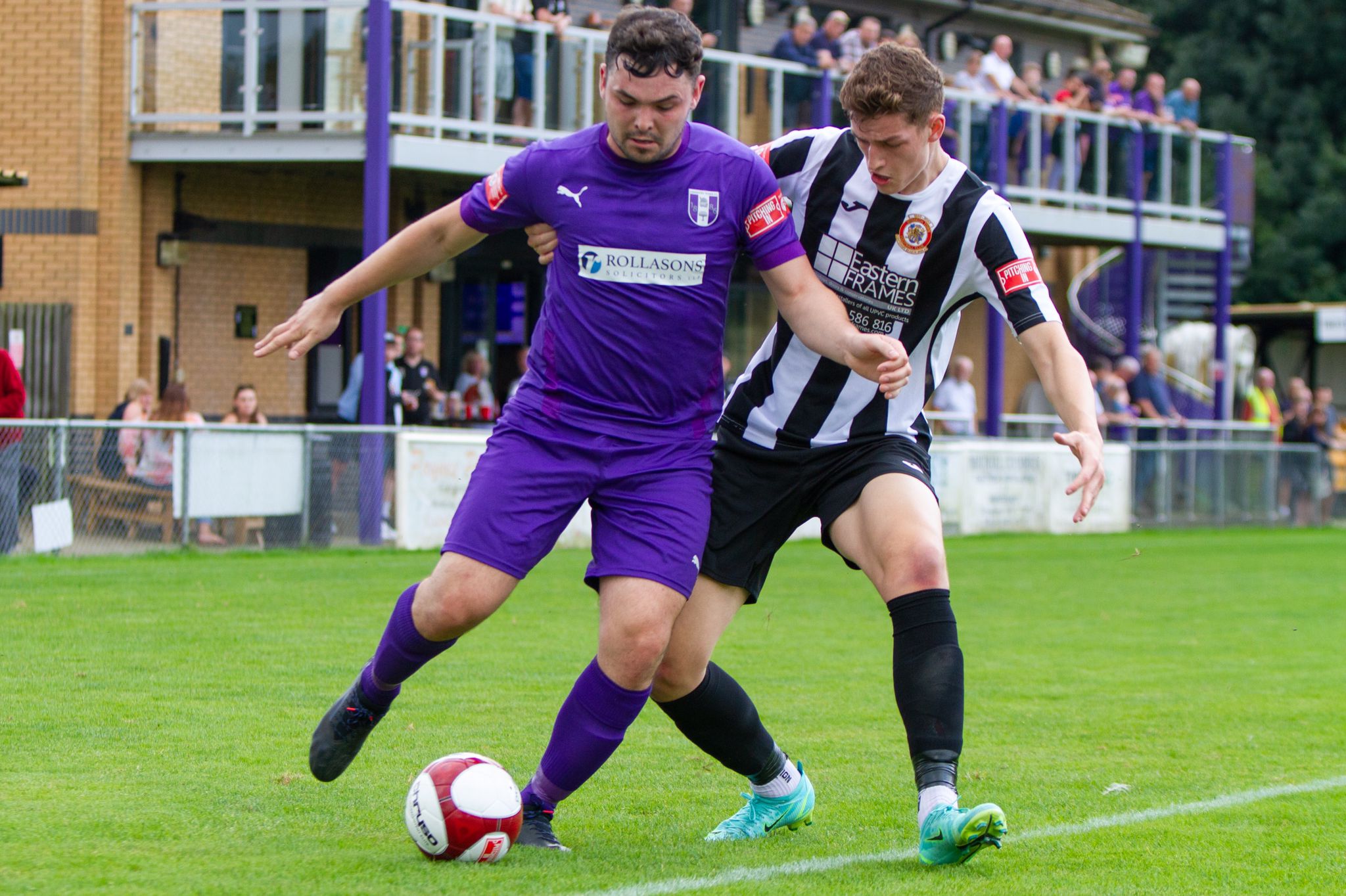 Wisbech Town left Elderstubbs with 3 points on another disappointing day for Daventry.

Wisbech’s Toby Allen opened the scoring on 14 minutes. A long ball over the top wasn’t dealt with, and the striker hit a fierce shot past the returning James Martin.

Daventry had chances to equalise in the first half, George Ball came close with a 20 yard shot, and Luke Emery had a goal bound shot blocked after good work from Lewis Irwin.

The hosts went two down a minute after half time. Wisbech’s Liam Adams scored at the second time of asking after an initial save from James Martin.

This early goal in the 2nd half set the scene for a frustrating afternoon for Daventry. George Ball looked lively on the left, but Daventry chances were scarce as Wisbech defended well. The visitors had a good chance late on to make it 3, however substitute Remi Thompson brought out another good save from Martin.