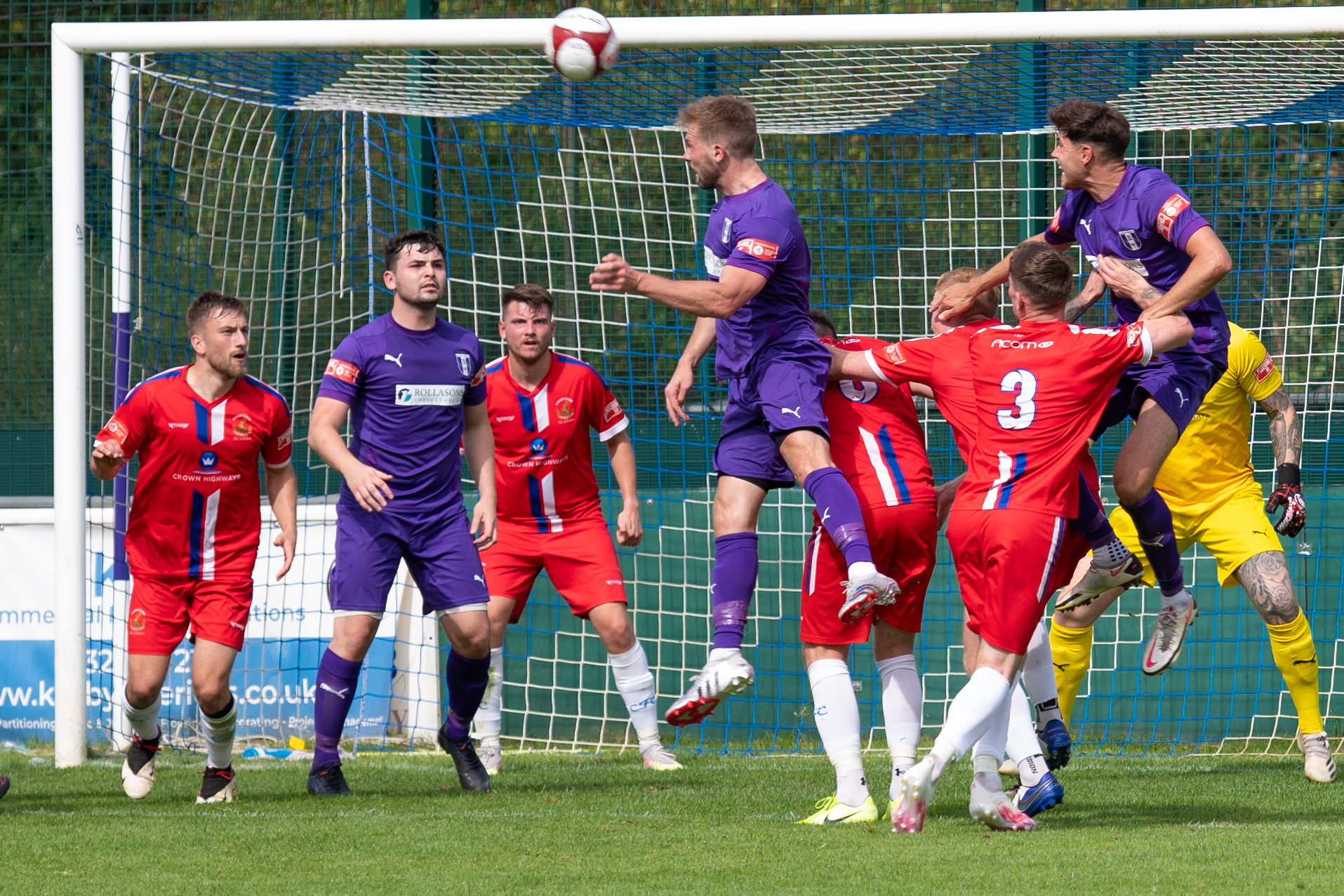 3 points, or indeed a point felt a long way away after a disastrous opening to the season when Chasetown’s defender Andy Parsons opened the scoring after 30 seconds from a corner. It could have been more as Chasetown hit the post shortly afterwards as Parky’s side found their feet.

Daventry recovered well and got back in the game on 41 minutes with a special goal from Joel Nketia. Nketia got the ball 35 yards out and drove to the edge of the box before curling a goal past the Chasetown keeper.

It was double delight just 3 minutes later, a corner headed in from the 6 yard line by Jack Bowen to give Daventry the half time lead.

The second half wasn’t quite as entertaining. The game was scrappy with Daventry falling deeper and deeper holding on to the result.

Unfortunately, they couldn’t hang on, and a 91st minute free kick was curled in by the Chasetown midfielder Jack Langston.

Town thought they had a late late winner following the free kick, but Ross Harris’s goal was disallowed after the referee spotted a handball.

Daventry now turn their attention to a long trip to Histon on Tuesday night.