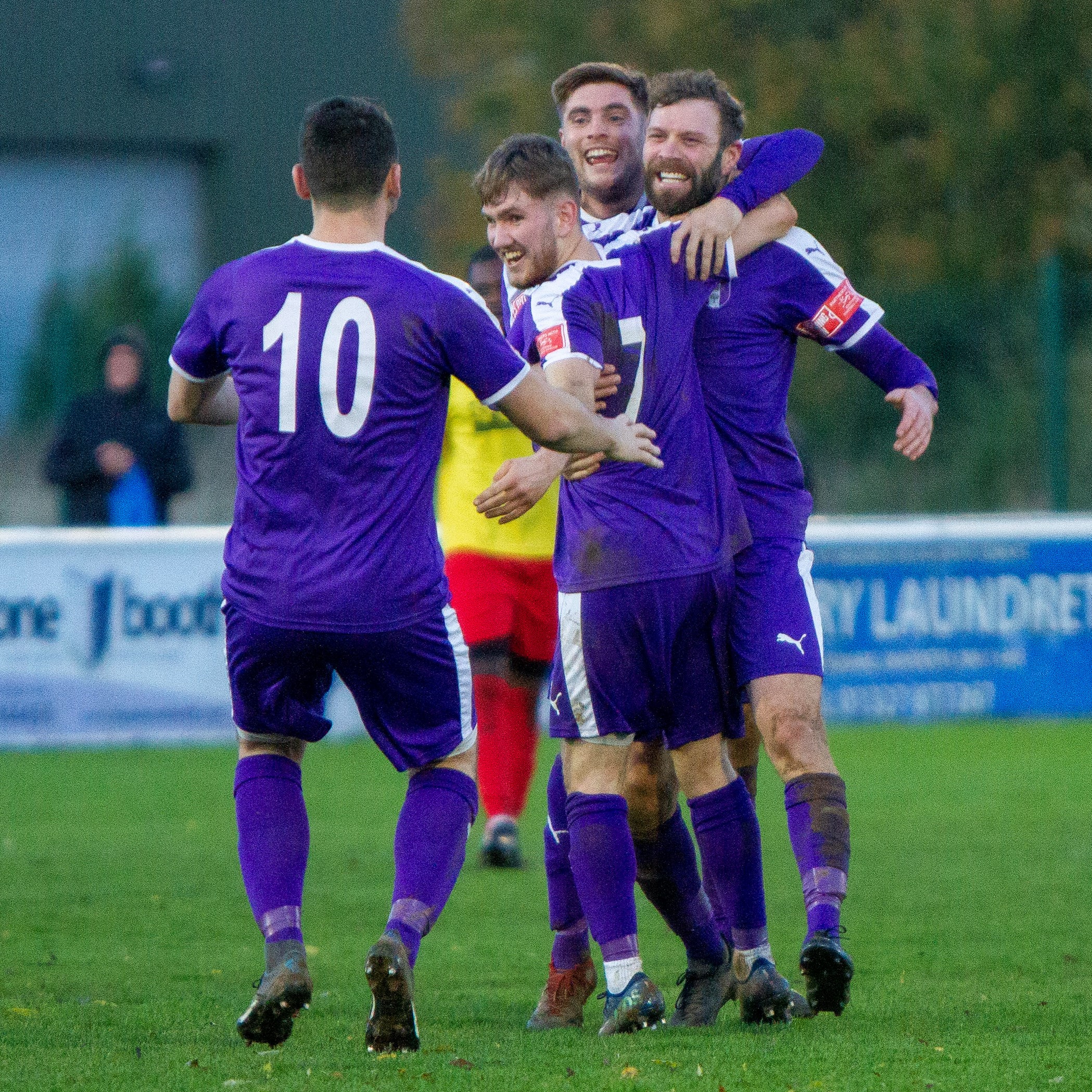 Town grab all 3 points at the death

Daventry Town beat Kempston Rovers 2-1 at Elderstubbs to grab all three points to register a massive victory in the Pitching In Southern League Division One Central.

A last gasp winner by Luke Emery secured the 3 points.  His goal in the 92nd minute was just reward for a hard-fought performance from the hosts, who had the better of the second half.

Town started the game very slowly after Adam Confue tested the Rovers keeper trying his luck from 25 yards out.  Just before that Jeff Woodward had headed a corner on at the near post with no one anticipating the number 5’s effort across goal.

The game found itself goalless at half time, with no major chances testing either keeper in the first half.  Daventry manager Arron Parkinson had his work cut out in the dressing room at half time, and needed to re-gather his troops for an action packed second half.

Both teams started the second half very brightly and came out fighting but it was Town who would break the deadlock on 71 minutes with George Ball’s wonder strike from range flying into the top right corner of the Rovers net.

There was no respite in second half from Kempston however who looked increasingly dangerous, looking to pounce on the break and equalised through Ayomide Akinbobola who’s shot for the visitors from close range beat James Martin at his near post.  It was Martin again who as per previous games was the saviour, making two vital saves in quick succession to keep Daventry in the game.

The winning goal came courtesy of Luke Emery who poked the ball in from close range after the second time of asking, following a rebound of his initial effort which came off the keeper, perfectly into the path of the number 10.

After the game Manager Arron Parkinson was pleased to get back to winning ways.

“We took the game to them. I thought there was signs in the first half that we were coming out on top especially in the last 10 to 15 minutes. We had a lot more possession of the ball, and needed a reaction today which is exactly what we got.”