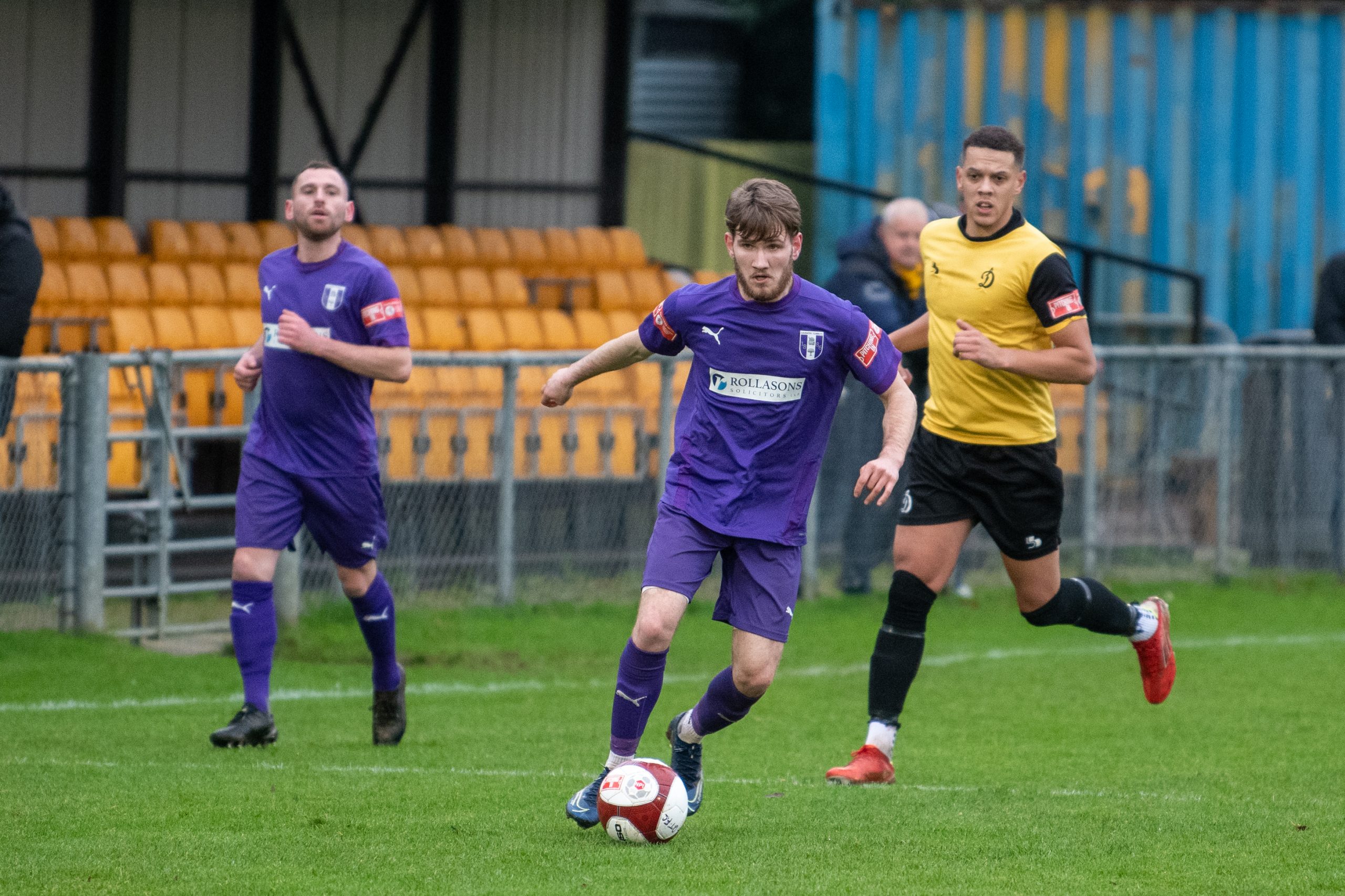 A goal either side of half time gave Daventry a deserved point against Loughborough Dynamo on a day where the Purple Army could say they deserved all 3 points.

With the exception of 5 minutes in the first half Daventry were the better side.

The hosts started strongly. Chances came and went. Taylor Orosz had a goal disallowed after a foul in the box by Jack Bowen. George Ball had a half chance when just unable to connect to a cross and Bleu McNeil hit a shot from distance.

Despite the pressure, it was the visitors that took the lead on 34 minutes when a scramble on the edge of the box lead to Alex Steadman slotting into an unguarded net. It was 2 just 3 minutes later when the excellent Kevin Da Silva Bastos beat Bleu McNeil in a footrace and hit an unstoppable shot past Martin.

Hope for Daventry came on the half time whistle when George Ball continued his excellent recent form and scored for the third consecutive match. The ball was hit low past the Dynamo keeper to go into the corner of the net to give Daventry hope in the second half.

The second half continued to see Daventry press and have the better of the game. Nat Gosnal-Tyler had a shot cleared off the line on 52 minutes with a follow up from George Ball saved by the keeper.

With ten minutes to go George Ball scored his second of the game. He went through 1 on 1 on the keeper and calmly slotted home with a composed finish to equalise.

A late red card was shown for Jarvis Wilson after an off the ball fracas on 90 minutes as the game ended after an entertaining two all draw.