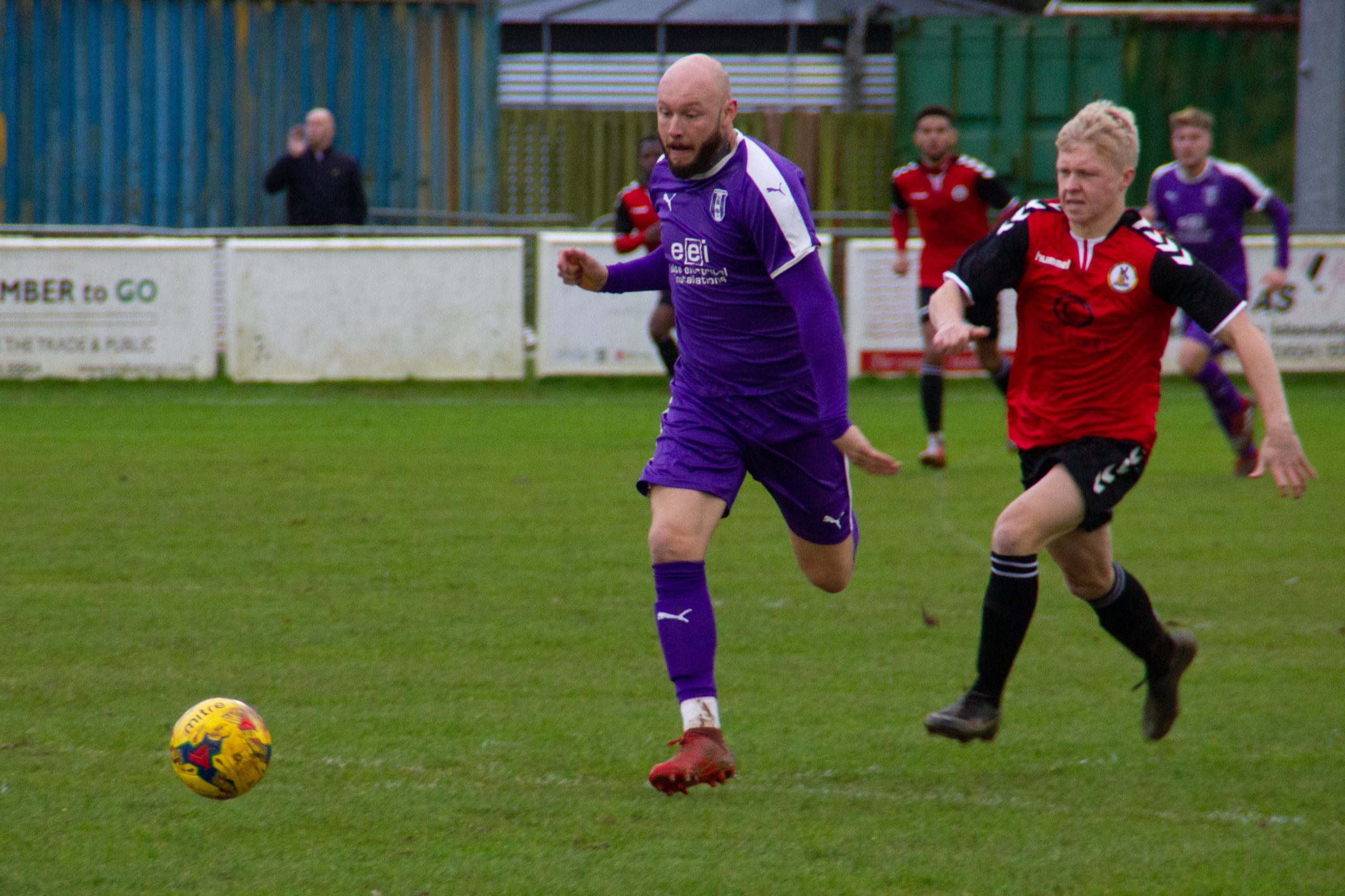 After early concerns about whether the game would go on or not, there was an entertaining game played in tricky conditions.

Daventry took an early lead on 8 minutes through striker Jack Bowen heading in Adam Creaney’s corner from inside the 6 yard box.

The second goal for Daventry came in bizarre circumstances late into the second half. Taylor Orosz’s corner went straight in to the goal missed by North Leigh goalkeeper Charlie Twiss.

Daventry’s performance was marred in the final seconds when substitute Luke Emery was given a straight red card for a poor tackle in front of the dugouts. This led to pushing and shoving from both sides with 3 players booked.

Our final game of the year will be on Boxing Day away at Bedworth.

To anyone reading this, on behalf of all at the club we hope you have a safe and merry Christmas.