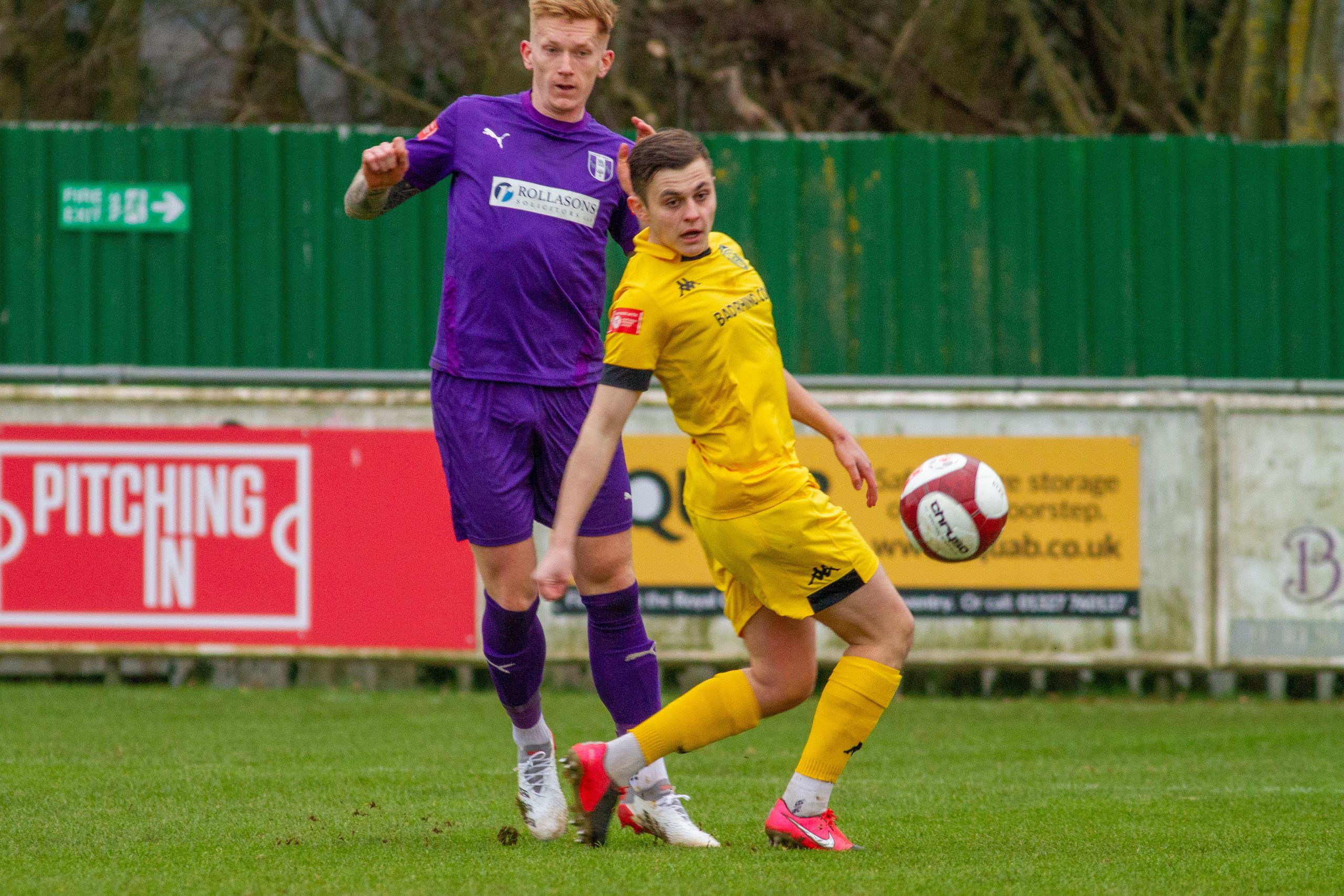 Joel Nketia’s wonderstrike and a first competitive goal for Jeff Woodward were enough to give Daventry three points in a two goals to one victory over Spalding United.

For much of the game Daventry were the better side and well deserved their victory.

Early half chances fell for Nketia and Bowen prior to Nketia opening the scoring on 29 minutes. His goal was a fierce strike from 25 yards hitting the ball so hard the keeper had no chance to save it. In the build up there was good work from George Ball who’s twists and turns led to the chance.

Spalding forced a good save from James Martin on 38 minutes when the keeper was forced to make a spectacular full length save.

Daventry nearly made it two when Adam Confue’s long range strike was saved just as it looked it would beat the keeper after the midfielder had made a run from deep.

After the break, Daventry went two up on 49 mins. Jeff Woodward heading in from debutant Lewis Burgess’s long throw. It was a deft header which gave the goalkeeper no chance.

Spalding got an equaliser 5 minutes later when Dylan Edge finished off a nice move to slot past James Martin to give the visitors a chance in the game.

Still Daventry pressed. Another Bowen header from a long throw was saved whilst Taylor Orosz spurned a good chance on the follow up to George Ball’s shot which had been pushed out.

There was late drama as Adam Confue was shown a late red card (second yellow) for contesting a poor decision from the referee who then followed up by denying Daventry a stonewall penalty when Tom Lorraine was booked for diving.  Despite unjustly being down to 10 men the Purple Army saw the game out to seal a massive 3 points.