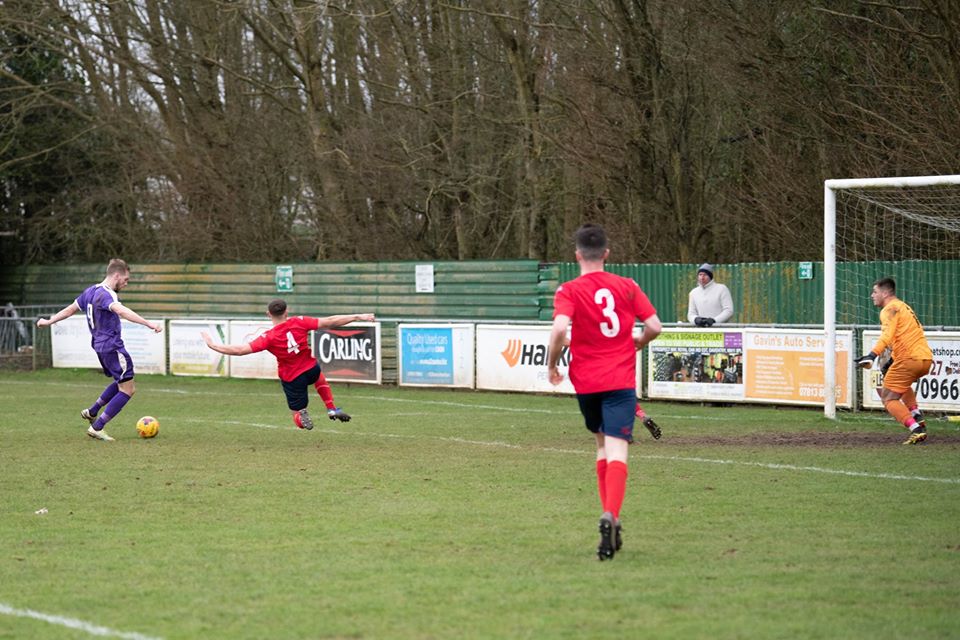 Daventry came from behind courtesy of a Jack Bowen brace to give the hosts a hard fought win.

Played in strong wind which hampered both sides, it was the away team who scored first. Prince Mutswunguma scoring in the 56th minute with a hugely deflected shot which gave goalkeeper James Martin no chance.

The game was level just minutes later when Daventry were awarded a penalty. Goalkeeper Finlay Iron felled Aaron King and the subsequent penalty was squeezed in by Jack Bowen.

Bowen’s second came on 72 minutes. New signing Michael Gyasi did some good work to beat his defender on the right hand side before squaring for Bowen to slot home (see picture).

In difficult conditions, the visitors didn’t really pose a threat to the Daventry goal, and Daventry came through to take a well earnt 3 points.