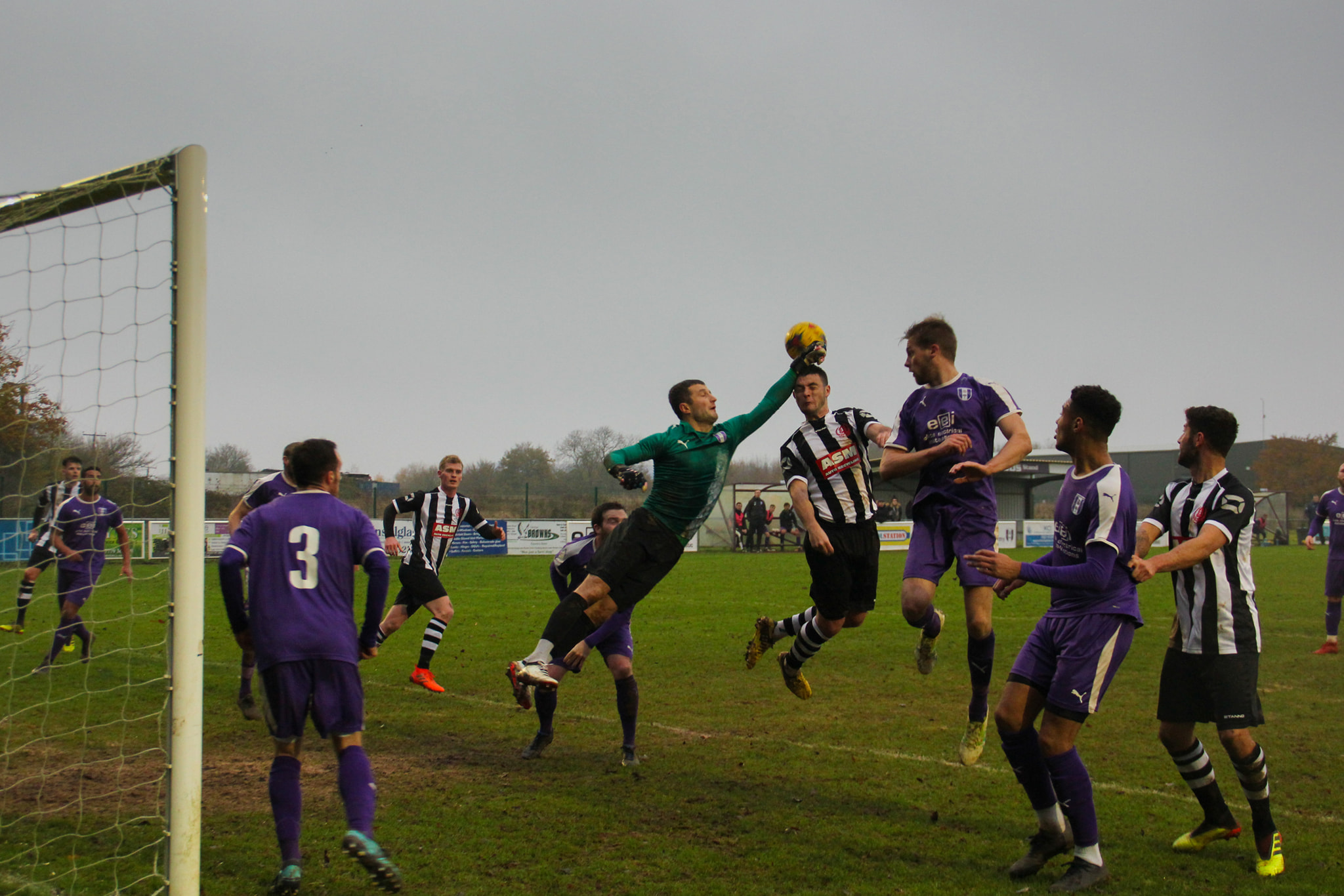 If three points were unluckily conceded at Bedford, then they were thrown away in the 3-2 weekend home defeat against lowly Thame United who took the lead on three separate occasions.

Man-of-the-match Ryan Blake was allowed to pull the strings as Thame took the lead against the run of play when Jack Tutton scored from close range to give the visitors a 27th minute advantage.

The Town equalised almost immediately when Jack Bowen got a touch to a cross from Kieran Fitzgerald who had replaced Jack Finch (leg injury) but Thame went ahead again early in the second half.

Tom Ashworth scored with a 20-yard piledriver before Daventry should have been awarded a penalty for handball by visiting defender James Essex. Even so the second equaliser came when Aaron King scored from close range when goalkeeper Craig Hill spilled Taylor Orosz’s initial shot.

That should perhaps have been that but Blake popped up again in the 83rd minute to lay on the winner for Greg Hackett to leave Daventry with a third defeat in their five most recent Southern League encounters.