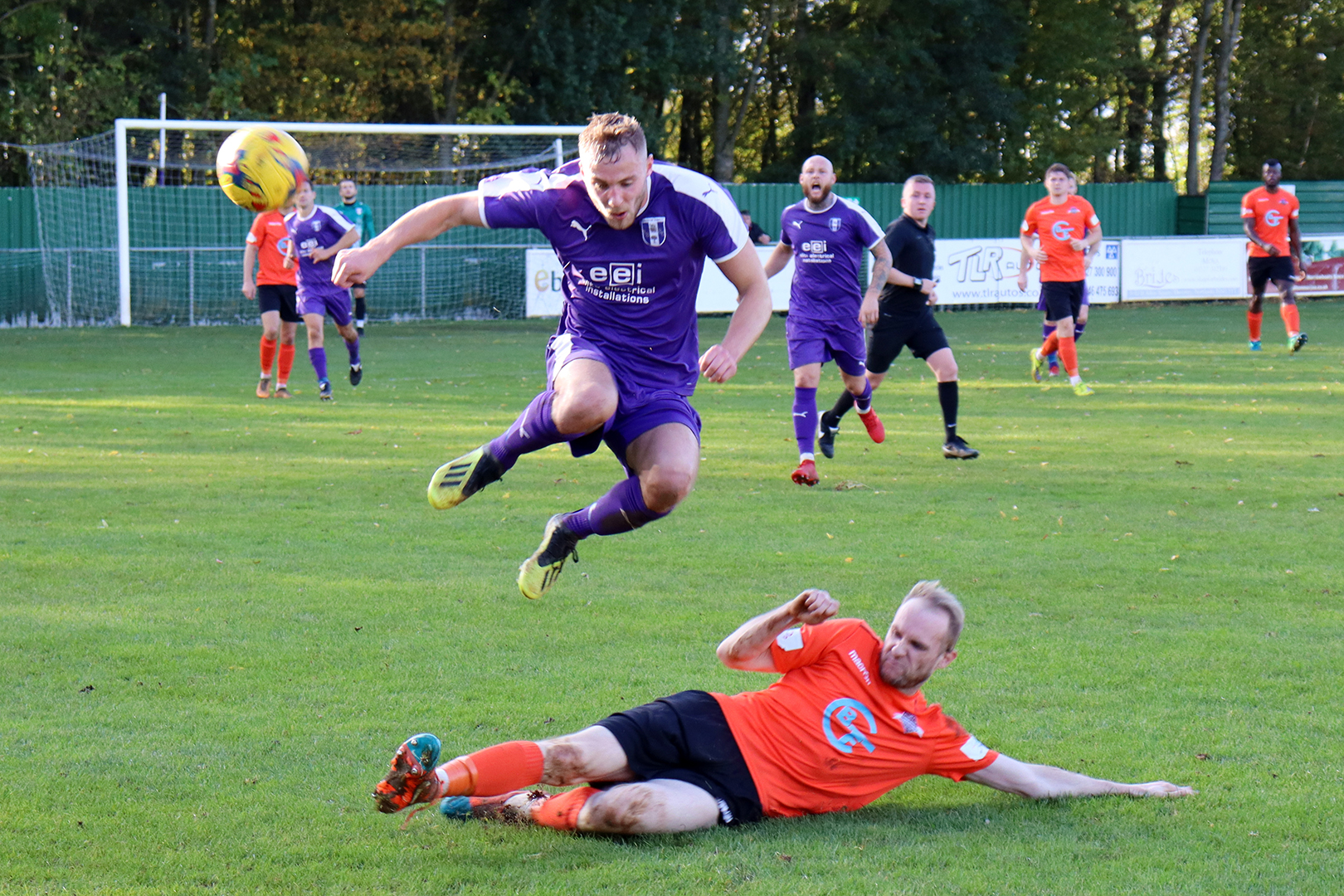 An entertaining game ended in a draw after a late Carl Mensah goal gave the visitors a share of the points.

Aaron King scored twice in the first half to give Daventry a 2-1 Half Time lead after Jay Rolfe had put the visitors ahead.

King’s second goal was the best team goal Daventry have scored this season. Good work on the wing by Ollie Stanbridge and Adam Confue led to the ball to be crossed for King to fire home.

Daventry had a worry with captain Ross Harris going off injured just before half time replaced by the returning Rico Alexander.

King thought he had completed his hatrick after following up an effort from Adam Confue which hit the bar, but his bundled effort was disallowed for offside.

In a combative but fair game, the result was probably right, although Arron Parkinson’s side will be disappointed to let the late goal in.

Daventry play again in midweek on Tuesday against Halesowen in the Southern League Cup.