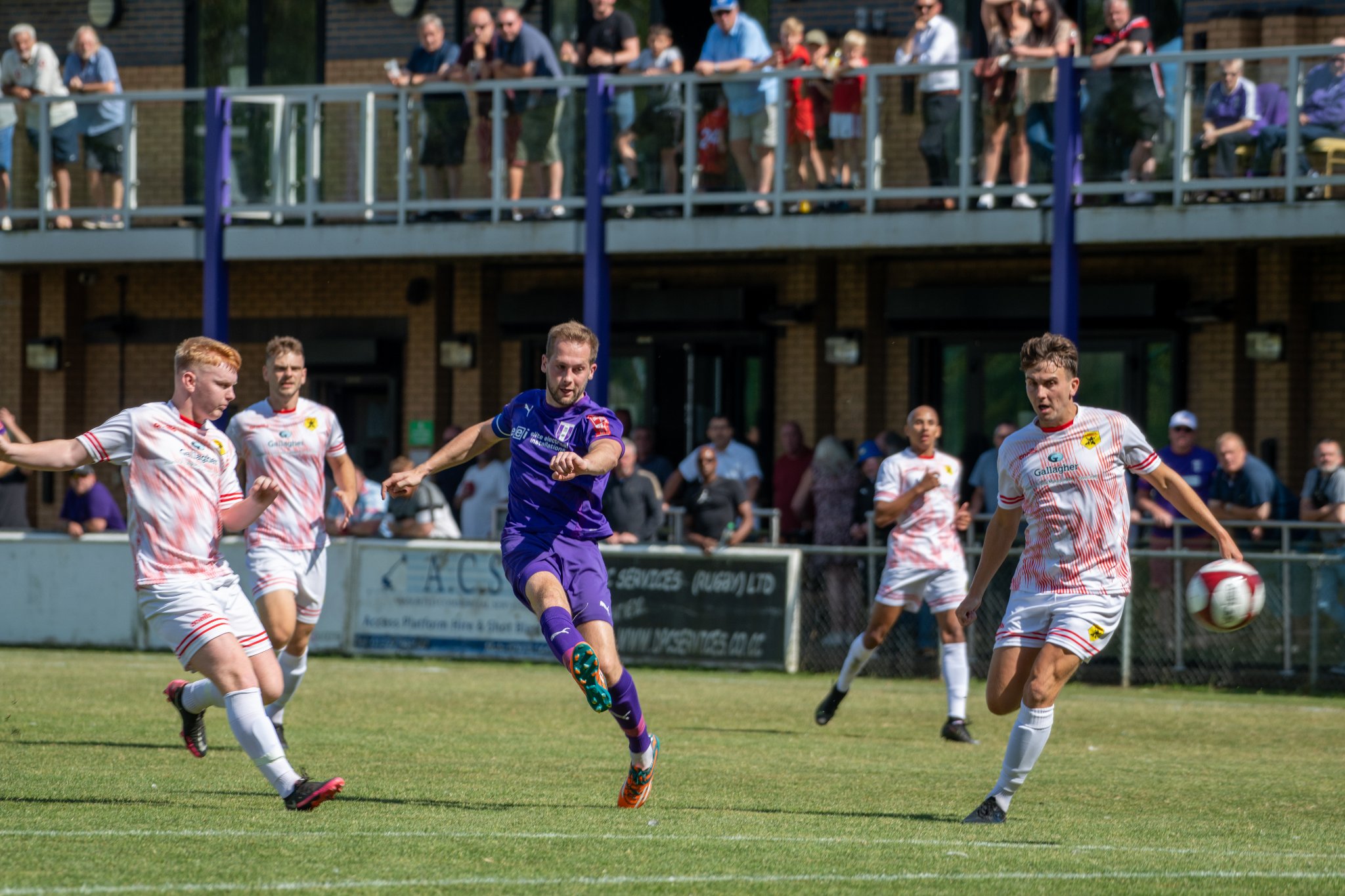 By Richard Nunney   |   August 6, 2022
Leave a comment
Daventry were frustrated this afternoon in their first competitive game of the 2022/23 season as visitors Worcester Raiders came back to claim a draw in their first ever FA Cup game.
Daventry had the better of the first half, and an entertaining 20 minutes was crowned off when Jack Bowen scored from outside the box to give Daventry the lead.
This was cancelled out almost immediately as Worcester Raiders Jordan Murphy took advantage of a defensive mix up and chipped keeper James Martin.
The purple army took the lead again on 31 minutes when debutant Hashim Bakar coolly slotted home from inside the area to give Daventry a deserved lead.
In the second half, Daventry struggled to cope with the Raiders’ change in shape and the visitors got a deserved equaliser on 74 minutes via Isaac Cooper who beat a Daventry defender in the box and calmly finished.
The final whistle came after a deserved result for both teams, and Daventry will now travel to Worcester on Wednesday for a replay at the Sixways stadium.
Watch our social media pages in the next couple of days as we will confirm whether we will run a coach over to Worcester.
Share Now