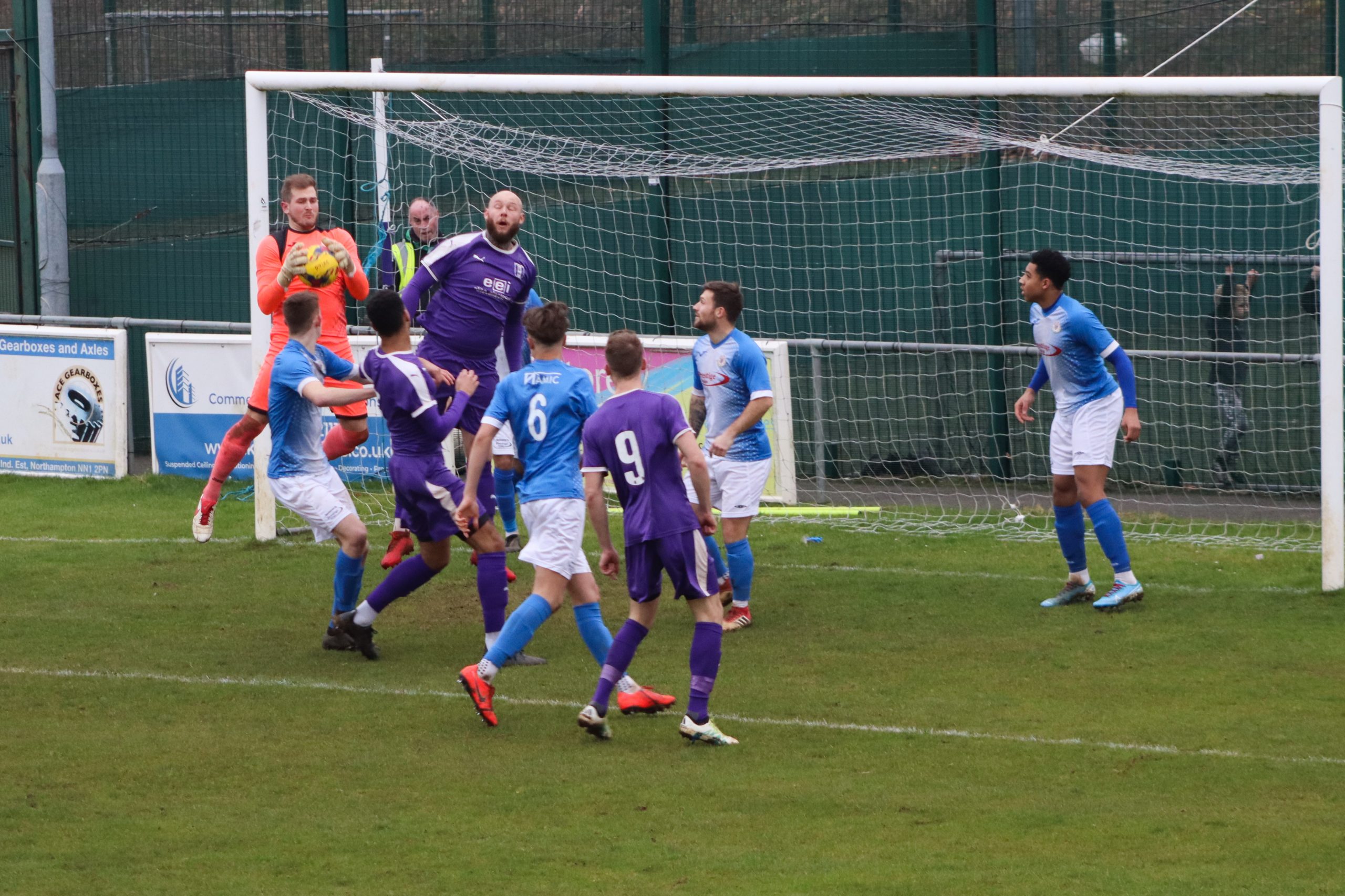 An entertaing yet goalless first half was crowned by Cooper’s miraculous save denying Adam Confue’s goalward header. Somehow he got down to push away the ball which was heading in. Just prior to that he had tipped over a deflected Adam Creaney shot which was a good save in itself.

The deadlock was broken in the second half in the 61st minute when a corner was headed in by Jack Bowen.

The second goal on 69 minutes was also from a corner following a good save from that man Cooper again. The corner went all the way across to debutant Jarvis Wilson (pictured) who had time to chest the ball and smash home from 10 yards out.

The icing was very truly on the cake 15 mins later as substitute Taylor Orosz controlled a long pass, cut inside the defender and slotted home to seal a 3 nil win.

Next Saturday sees Daventry go to Corby Town who drew 1-1 today in front of nearly 800 fans against Halesowen. Another big match for the club.