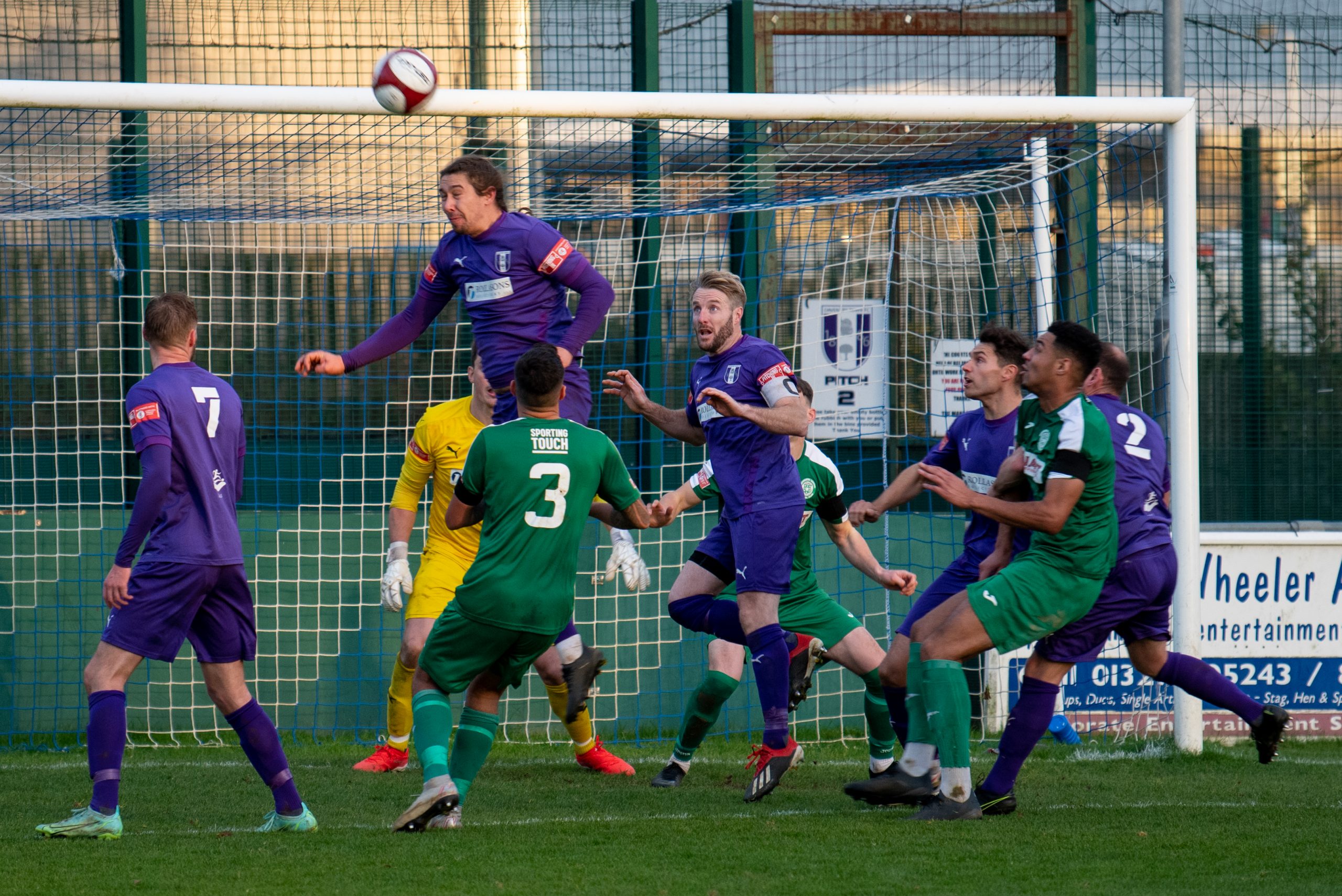 Arron Parkinson’s side ran out to their second consecutive league win of the season in a dramatic afternoon that saw 5 goals and 2 red cards.

Daventry took the lead on 22 mins when Jack Finch scored his first goal on his comeback to the club.  Finch was played into the box, and although his intial shot was saved, his second attempt was adjudged to have crossed the line.

This capped off a first half in which Daventry shaded the match, although Bedworth did have a couple of attempts, the closest being a free kick going just wide of James Martin’s post.

The second half was an entertaining and fiesty affair. Bedworth equalised on 53 minutes when Luke Rowe smashed a bouncing ball in the box past James Martin.

Five minutes later Joel Nketia scored to give Daventry the lead for the second time in the match finishing with applomb after good work from Bleu McNeil.

However, just a couple of minutes later, Bedworth equalised with a contentious goal. Daventry appeals for offside were ignored and Ishmail Dawson scored from close distance to give Daventry a nervy finish.

This was made even nervier just minutes later.  A tackle by substitute Joel Nketia left the Daventry player on the ground where he was kicked by a Bedworth player.  After a melee, Bleu McNeil was adjudged to have pushed a Bedworth player and was given a straight red card.

Daventry hung on and secured a massive 3 points. The second red card came after full time.  One of the Bedworth coaches was sent off after complaining too hard at the referee.