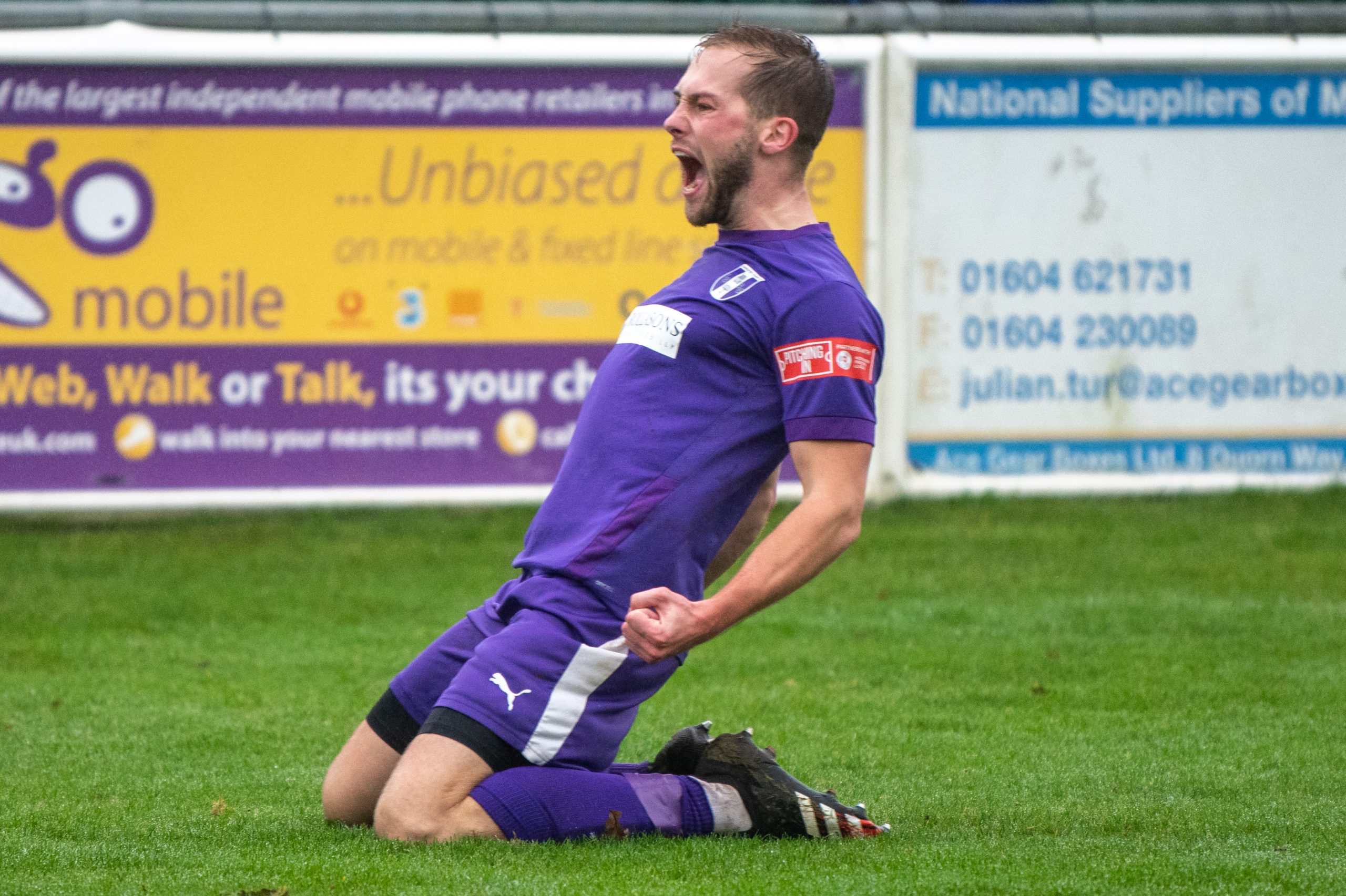 The Purple Army opened the scoring on 11 minutes when the excellent George Ball slotted home past the Corby keeper after a lovely through ball from Ethan Lack.

It was two less than 10 minutes later when Jack Bowen was played through by Ball. The striker, unmarked on the edge of the box scoring with an early shot.

Half time saw Daventry go in two goals ahead having taken both opportunities of a first half they were in control of.

The second half saw a more spirited Corby side come out, with the visitors getting a goal back on 62 minutes, Miguel Ngwa converting at the back post.

However, this was quickly cancelled out as Daventry scored their third of the game. George Ball scoring his second goal with some lovely footwork at close range before dinking the ball past the Corby keeper.

Still there was time for another goal. A scramble in the box saw Corby get another goal back via Gary Mulligan with a fierce shot from close range to set up a thrilling ending.

Daventry had further chances via substitute Taylor Orosz who hit the bar with a header and then another header which went over.

The final whistle saw Daventry get 3 vital points to finish off 2021 in style!