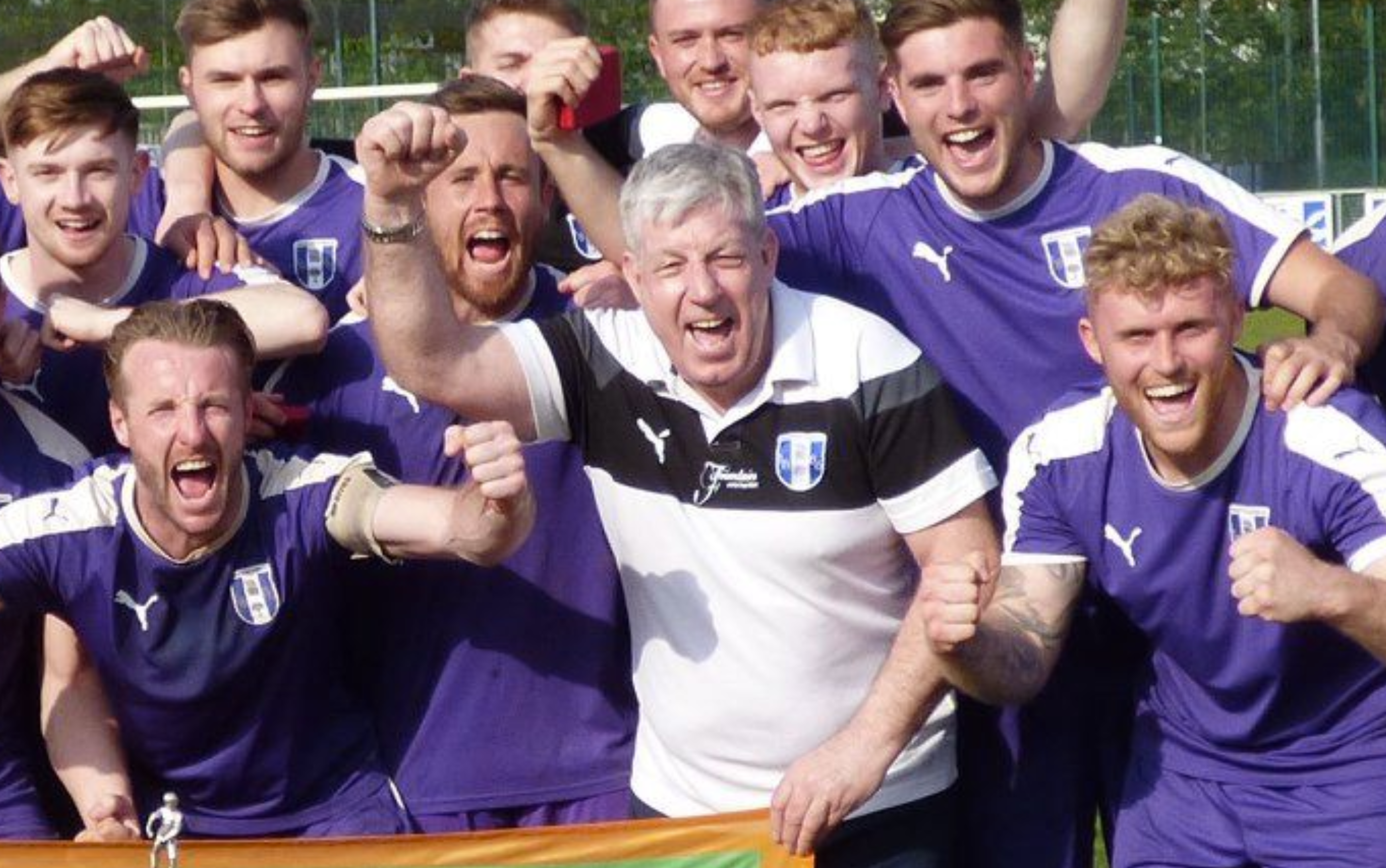 By Richard Nunney   |   December 22, 2021
Leave a comment
Daventry Town are pleased to confirm Pete Harris in the role of U18 Academy Manager with immediate effect.
Pete (pictured in white) will be responsible for establishing and running our new U18 team in next years Northants Senior Youth League and FA Youth Cup.
The Northants Senior Youth League is an Under 18 youth league based in Northamptonshire and neighbouring Counties offering football to over 20 teams in a midweek floodlit league. All home games will be played at Elderstubbs on the main pitch.
For those not aware of his background, Pete is an excellent Junior Coach with over 30 years coaching experience. He has worked with 3 professional clubs – Northampton Town, Rushden and Diamonds and Luton Town. He has also been Northamptonshire County U18s coach.
During his career, Pete has worked with local clubs specialising in U18s football. He has had spells at Northampton Spencer U18s, Brackley Town U18s, Cogenhoe United U18s and Woodford United U18s. Pete has also previously had brief stints working with Daventry Town First and Reserve Teams and up until Covid struck, he was working with Eddie McGoldrick at the Crystal Palace Academy playing other professional club’s academies.
During the next few weeks, Pete will be working on establishing his U18s team prior to holding some trial games and friendlies in 2022.
If you are interested in becoming part of the Daventry Town U18s side, then please contact Pete.
His email address is Pete.Harris@dtfc.co.uk
Share Now