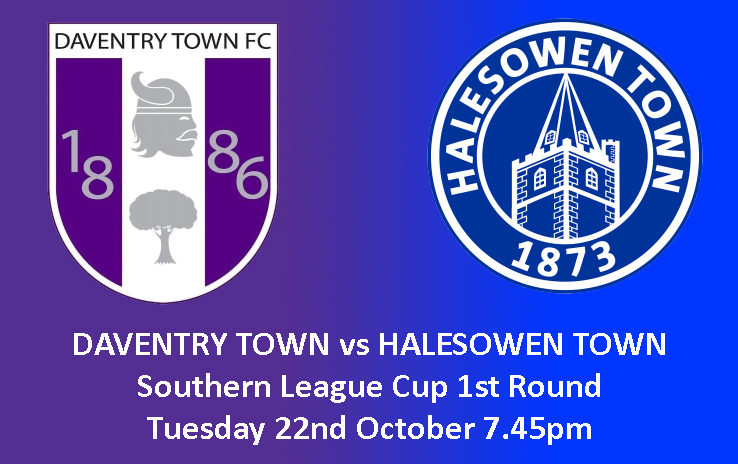 Daventry return to action on Tuesday night in the Southern League Cup First Round.

The original match vs Evesham United where Daventry lost on penalties was voided as Evesham had been found to have fielded an illegible player.

As a result Daventry were reinstated and now face high flying Halesowen Town.

There will be no extra time and the game will go straight to penalties. The winners have a home tie against non league giants Nuneaton Borough to be played week of 4th November.