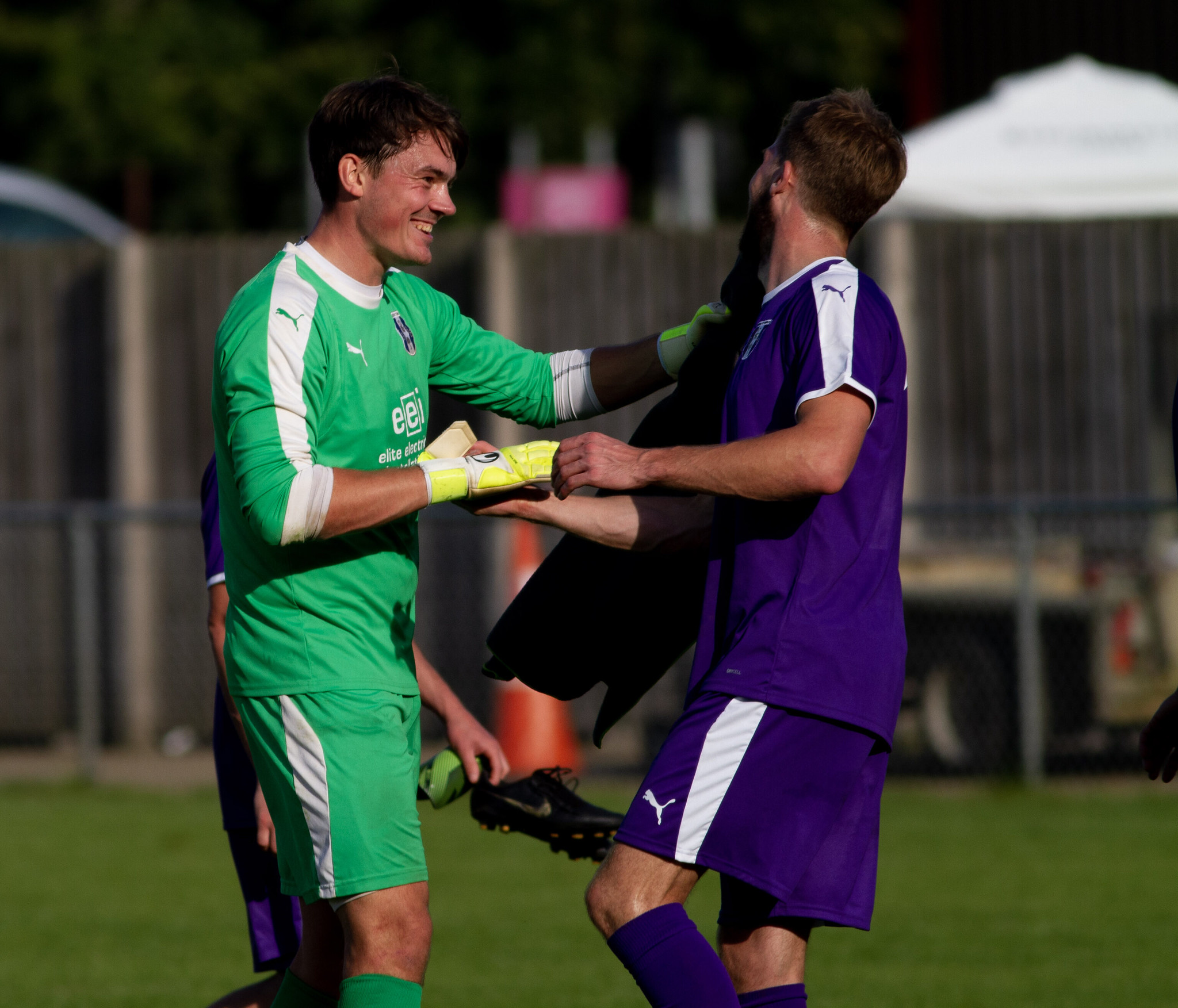 Daventry Town have been given a home tie against Pitching In Southern League Div One South side Evesham Town in the First Qualifying Round of the Emirates FA Cup.

This game will be played on Tuesday 22nd September kick off 7.45pm.

Tickets will be available via dtfc.co.uk/tickets

This draw comes after Daventry’s late dramatic win over Bedford Town in the Preliminary round.  A man of the match performance from goalkeeper James Martin denied Bedford as did 4 disallowed goals for offside in a thrilling return to competitive football.
As the game looked to move into penalties with the score tied at nil nil, a late penalty was awarded to Daventry for a handball in the box.  This penalty was converted by striker Jack Bowen leading to ecstatic scenes at Elderstubbs in front of a crowd of approx 200.