Town have to settle for a draw 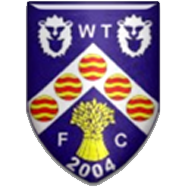 Town kicked off 2019 with a home match against a much improved Wellingborough Town. Adam Confue and Adam Creaney were both unavailable. Joe Henderson picked up a knee injury in a friendly however he is expected to play again before the end of the season which is better than first feared. Jordan Orosz was still out with a leg injury. Bleu McNeil is also coming close to a return. Rico Alexander and Kieran Fitzgerald were both facing their former club.

It was a bitterly cold evening, but the crowd was a pleasing 100 possibly boosted by the recent 2 0 success at rivals Rugby Town.

Town started well but it was the visitors who went in front after just 10 minutes when a Michael Cirelli cross went over the head of Iustin Cerga and went in off the far post despite his valiant attempt to tip it around the post.

Town’s first real effort on goal came in the 19th minute when Phil Cassidy’s effort was superbly tipped over the bar by young keeper Brad Lashley.

Town were level just 5 minutes later. Tom McGowan was brought down on the arc of the penalty area and TAYLOR OROSZ curled his free kick around the wall and past the outstretched arm of the keeper.
Neither team really got a hold of the game in first half although Town did go closest to taking the lead when a Tom McGowan header from a Kieran Fitzgerald cross went just wide of the far post.
HT: Daventry Town 1 Wellingborough Town 1

It took a great tackle from former Doughboy Rico Alexander to prevent the impressive Shaun Wilkes from going through on goal early in the second as the visitors started the second half well.

Kieran Fitzgerald went close with a long range effort after he won the ball back in midfield.

Taylor Orosz had another good effort from the left side of the penalty area which Brad Lashley made another excellent stop.

Almost immediately at the other end Wellingborough always snatched all 3 points as Wilkes effort went wide of the right hand post.

To be fair to the Doughboys they deserved a draw at least on the night as Town dropped points in a league fixture for only the 4th time this season.

Town move 7 points clear at the top of the table and now face struggling Wellingborough Whitworth at home on Saturday 3 pm kick off before travelling to Kirby Muxloe next Tuesday for the rearranged UCL fixture. 7.45 kick off

Get your ticket for our charity event PARTY ON THE PITCH at the clubhouse today!

A special question in honour of Wembley bound @DanChilds94... Do we want Sunderland to win tomorrow?