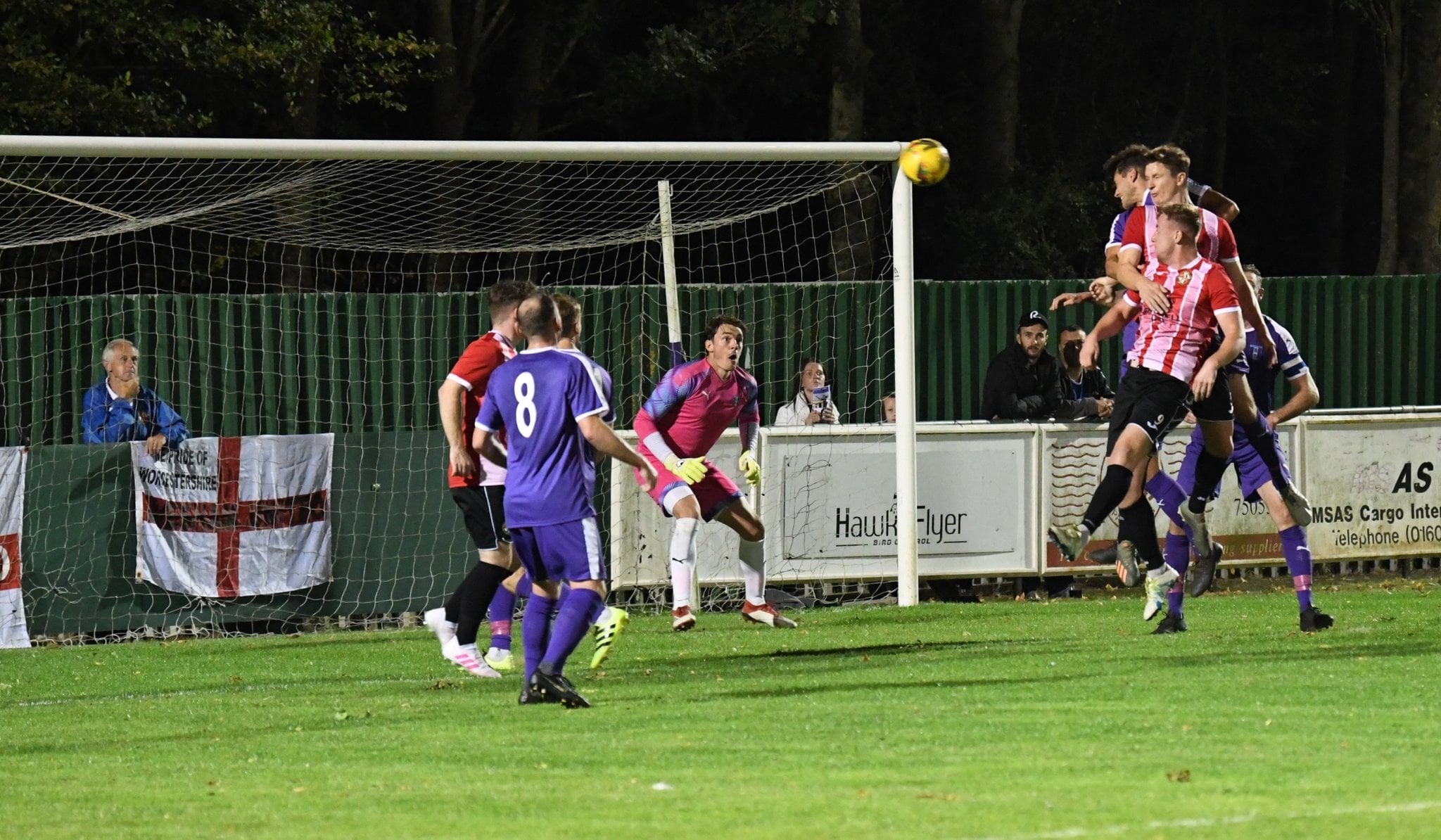 FA Cup heartbreak for Daventry as Evesham scored in each half to send Town out of the cup.
Adam Creaney had Daventry’s best two efforts, both of which hit the bar with the keeper well beaten.
The first Evesham goal came from a free kick headed in by Jamie Lucas straight after Creaney had hit the bar the first time.
The second Evesham goal again came shortly after Creaney had hit the bar. Aaron Basford completed the scoring in the 73rd minute finishing a quick Evesham break.
It wasn’t to be on the night for Daventry and we wish Evesham the best in the next round.
Share Now