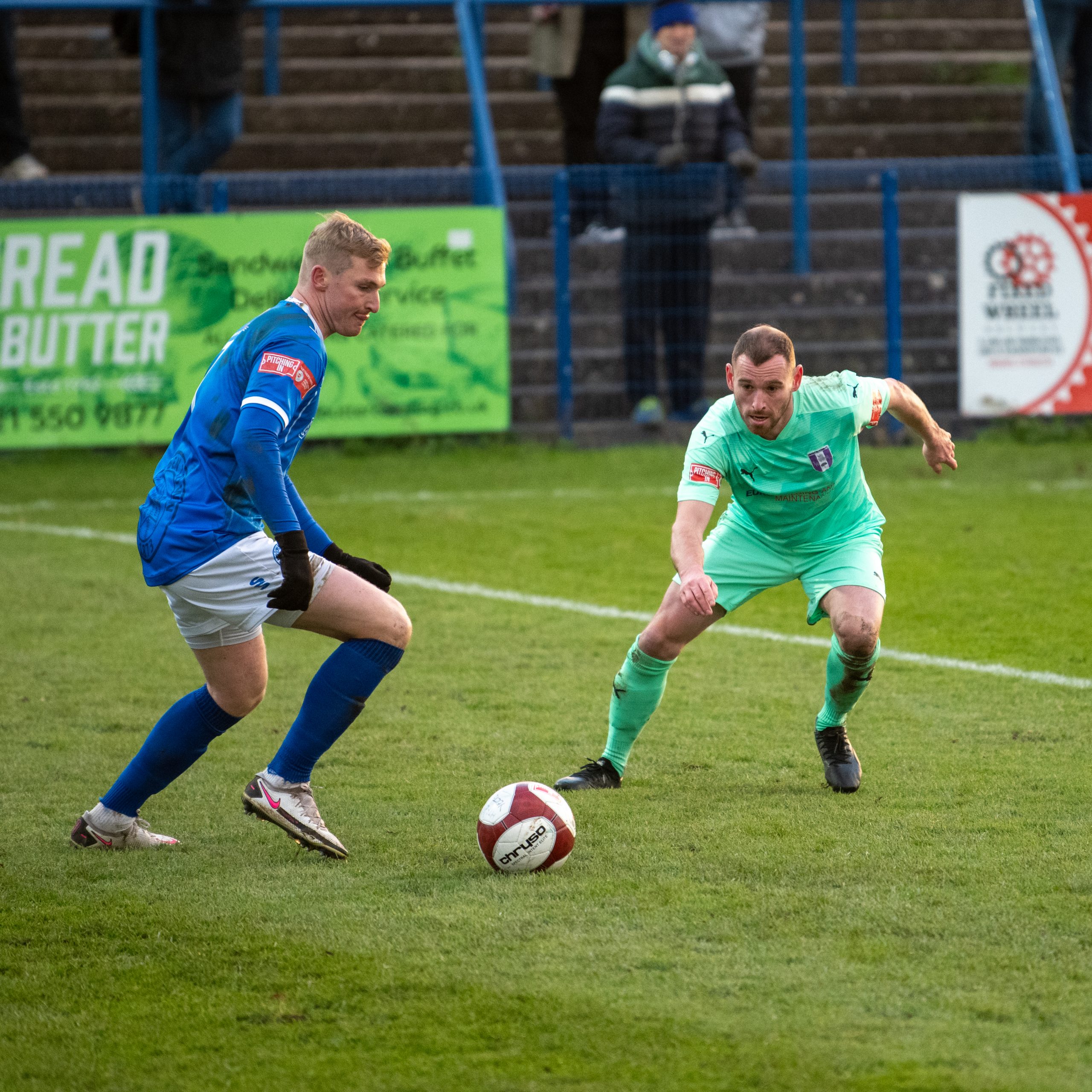 Daventry gave high flying Halesowen a mighty scare with an impressive performance which didn’t quite get the reward it deserved. George Ball had a chance right at the death which would have given Daventry a point which unfortunately went straight at the Halesowen keeper.

The game started with Halesowen testing James Martin in the Daventry goal, the first after just 2 minutes when the keeper made a good save. He made a further acrobatic save a few minutes later to keep Halesowen out.

Daventry however had shown some threat on goal, new signing Tom Lorraine shooting over and a parried shot from Nat Gosnal-Tyler the best of the early chances.

The Purple Army took the lead on 38 minutes when Gosnal-Tyler hit a fierce shot from the edge of the area which went into the top corner. The Halesowen keeper Daniel Platt having no chance, this the second spectacular strike the winger has scored in recent weeks.

Just minutes later Halesowen turned the game. Goddard’s shot from close distance and Cobourne’s unmarked header at the back post gave Halesowen the half time lead.

The second half saw more drama. The hosts had a penalty given on the hour when Callum Martin fouled a Halesowen player in the box. The penalty was taken by Cobourne who dragged a weak penalty wide giving Daventry a lifeline.

Daventry grew into the half and had a series of corners towards the end. Alas, the pressure shown came to nothing and despite Ball’s last gasp chance, the Purple Army went down by the odd goal in front of a healthy crowd of 632.