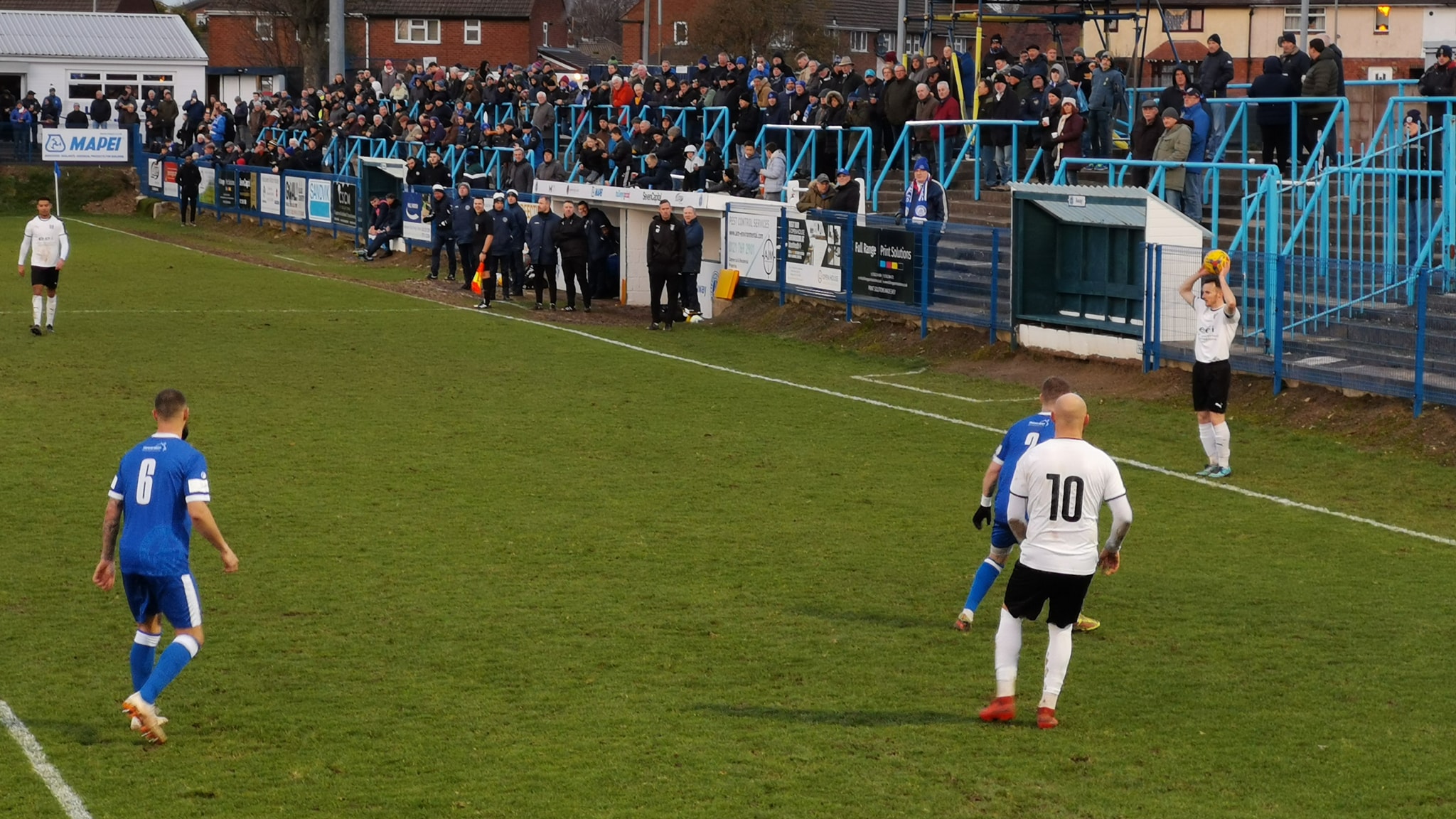 Halesowen Town moved through the gears in the second half to come out 5-0 winners after a competitive first half saw Daventry in with a chance to claim a result. Unfortunately two early second half goals killed off the game and saw the hosts go on to win comfortably in front of a crowd of over 600.

There was nothing between the sides in the first half until 43 minutes when Robbie Bunn’s deflected shot went over Iustin Cerga. This was unfair on Daventry who had defended well and kept Halesowen dangerman Montel Gibson quiet.

The second half started disastrously for Town. Two goals in the 48th and 49th minute killed the game.
Robbie Bunn scored his second of the game hitting a fierce shot past Cerga, before Halesowen’s Isai Marselia slotted home from the edge of the box just a minute later.

Worse was to come in the way of two more goals before the end. The fourth coming from a harsh penalty awarded against captain Ross Harris, converted by Ashley Sammons before the fifth from Simeon Cobourne in the 80th minute beating Cerga after going through one on one.

Daventry’s next game is Saturday in the Betvictor Southern League Central Division 1 against Barton Rovers. 3 points would be welcome, so please come and support the team.