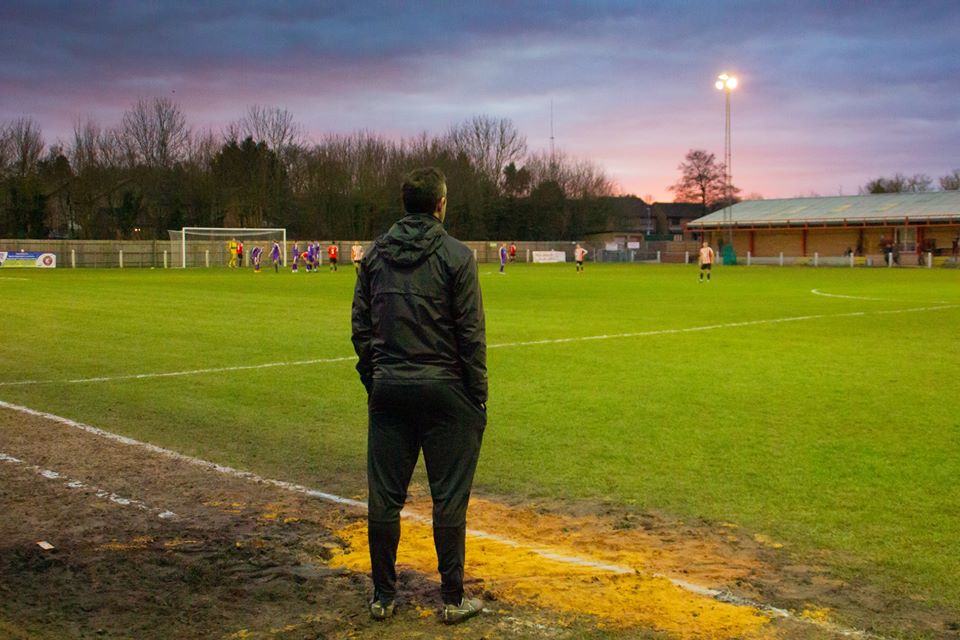 Daventry have started the year off with a 2-0 win away at Kempston despite a near hour long delay for repairs on the pitch prior to kick off.

Daventry took the lead on 43 minutes when Jack Bowen converted a penalty sending the goalkeeper the wrong way after Aaron King had been fouled in the box.

This was after James Martin had been sent off for a professional foul after half an hour. This led to Matt Finlay coming off the bench who had little to do. Ex Portsmouth striker Izale McLeod was unable to beat Finners who made a good save just before half time before McLeod hit the post on the second phase.

Despite being down to 10 men. Daventry looked comfortable. Apart from a second half chance for Kempston’s Sam Johnson which was dragged wide, Daventry defended superbly. The whole defensive unit was solid and didn’t look troubled helped by new signing Jack O’Connor making his debut.

A win was confirmed with 5 minutes to go. Jack Bowen followed up Aaron King’s shot from distance which was pushed on to the post and was presented an empty net to slot home.

Daventry’s next game is Saturday at home to Kidlington 3pm kick off.