PARTY ON THE PITCH! 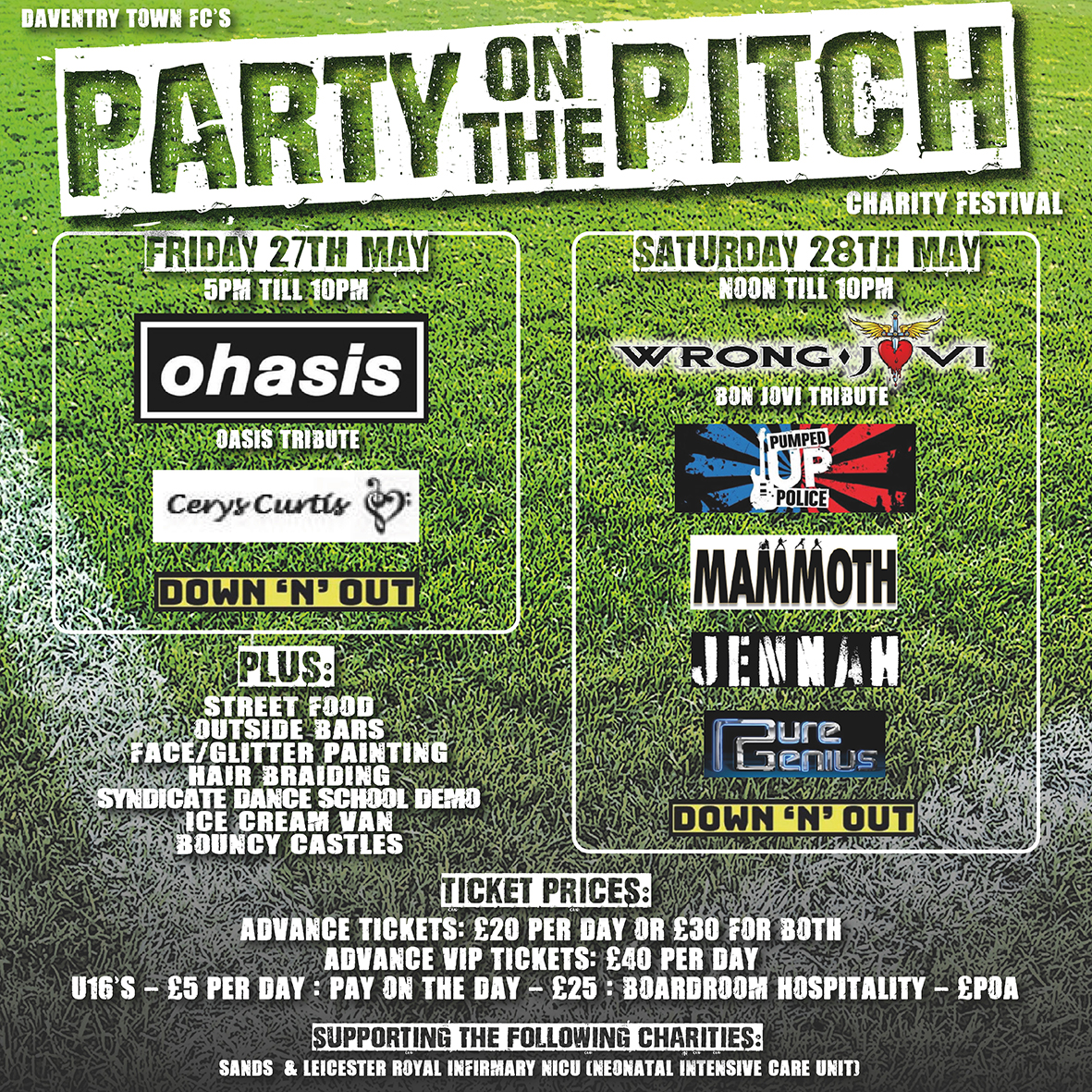 Daventry Town are pleased to announce “Party on the Pitch” which will take place on Friday the 27th and Saturday the 28th May 2022.

Friday night will be headlined by Oasis tribute act “Ohasis” who were formed in 2009 with the goal of being the ultimate tribute to Oasis. Every effort has been made to make an Ohasis gig as authentic and as up to date as possible. Performing the songs, getting the look and attitude of the band spot on, using the same instruments that Oasis used to capture and reproduce the unmistakable live Oasis ‘wall of sound’. There is no Definitely Maybe about Ohasis. They are the real deal!

Saturday night sees “Wrong Jovi” headlining a full day of music.  “Wrong Jovi” are the The Best Bon Jovi Tribute Band In The World. Described by tribute band expert (Channel 4’s The Convention Crasher) and TV celebrity Justin Lee-Collins.  Wrong Jovi features some of the UKs finest professional musicians. With a set list crammed full of sing-along anthems, live favourites and rarities, audiences are guaranteed the ultimate Bon Jovi tribute show. Featuring Ally Ward as Jon Bon Jovi (X Factor, The Singer Takes It All and Britains Got Talent) aka Jon Wrong Jovi on vocals, Wrong Jovi have one of the UKs most talented front men leading the band through some of rock n rolls most legendary songs. Ally is backed by some of the UK’s most highly respected musicians.

Supporting bands confirmed are Cerys Curtis, and Down ‘N’ Out on Friday night, with local favourites “Pumped Up Police”, “Mammoth” featuring on Saturday.

Tickets are available via www.dtfc.co.uk and are priced at just £20 per day, or a 2 day ticket can be purchased for £30.  VIP Tickets which include the use of the clubhouse balcony, private bar and toilets are also available for £40