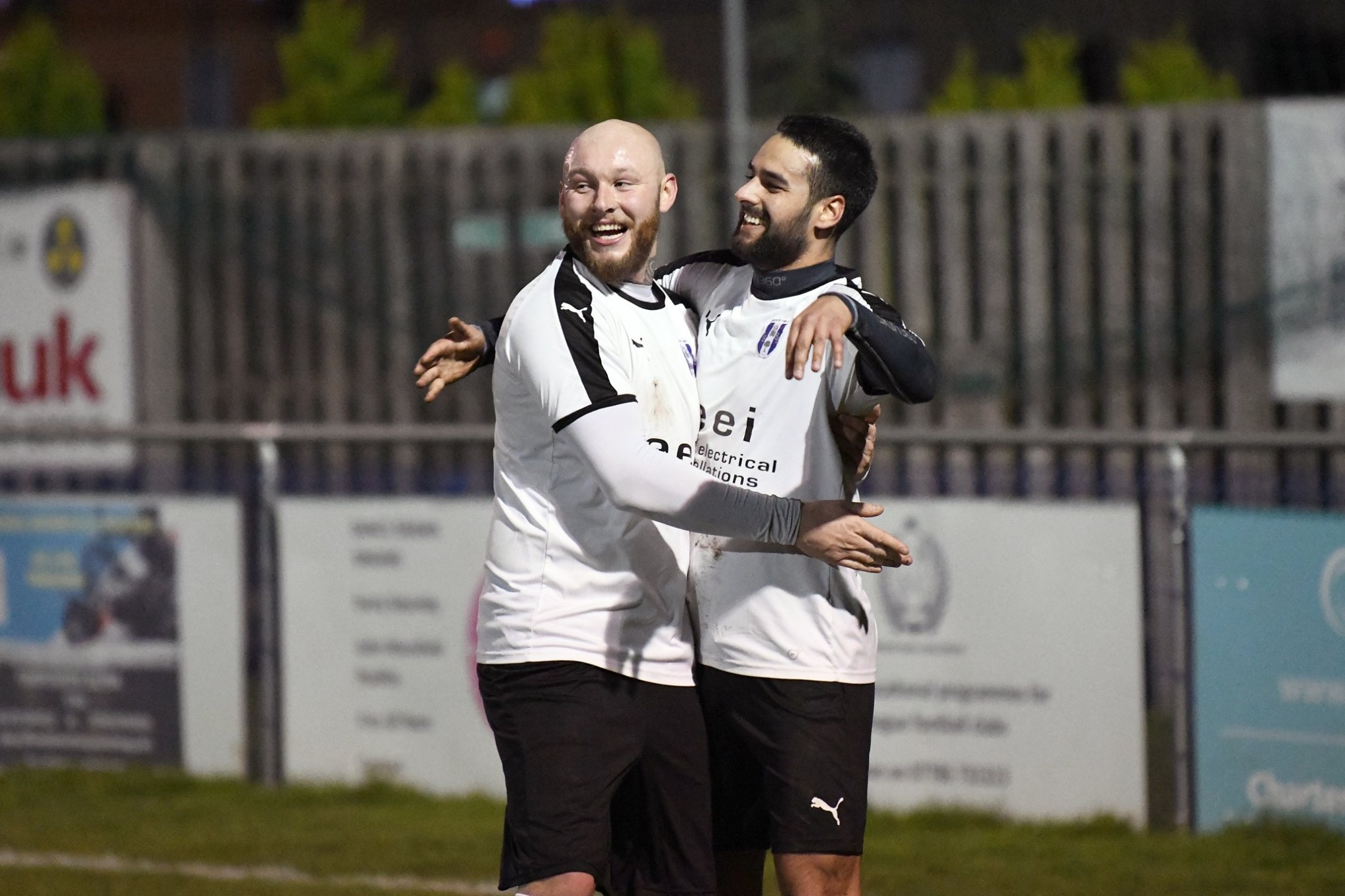 Daventry Town stunned Southern League Central Premier high fliers Peterborough Sports in the Hillier Cup Semi Final on Tuesday night, coming back to win by two goals to one to seal a place at Sixfields in the final to be played against Kettering Town.

Played in front of a healthy crowd of just over 100, Daventry took the game to Sports and fully deserved the win despite the setback of going down to the first goal of the game on 23 minutes when Cameron Johnson scored with a fierce shot past goalkeeper Iustin Cerga. This was quickly cancelled out within 5 minutes when Kieran Fitzgerald took advantage of a quick free kick to beat goalkeeper Lewis Moat at his near post to give Daventry a deserved equaliser to go in half time level.

The winning goal came five minutes from time when Aaron King curled a low shot past substitute goalkeeper Luke Elsom from the edge of the area to seal the win and a day out at Sixfields against Kettering.