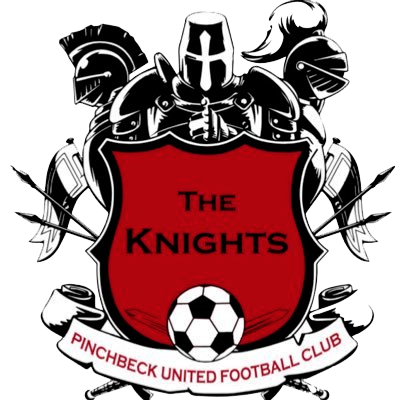 It’s the first of three matches in the space of 7 days and what could be a historic afternoon as we travel to Pinchbeck only needing a point to clinch the United Counties League Premier Division title, on Saturday (3pm).

We welcome Rugby Town to the Elderstubbs for the second league fixture on Monday 22 April with another huge game in the United Counties League at Deeping Rangers on Saturday 27 April.

We stormed to a 6-0 victory at Elderstubbs back in October but since then it has been all change for United, with manager Ian Dunn leading them to just two defeats from their last thirteen league outings.

Here’s all you need to know on Saturday’s opposition…

Oliver Maltby may have only been on the Pinchbeck first team scene since 2017, but he has certainly found the net a lot in that short space of time. In just two years the Halley Stewart Ground, Maltby clinched 55 goals in all competitions, as well as winning promotion to the Premier Division last season.

Making his debut for Boston Town in the summer of 2012, the striker scored twice in his first season, but failed to find the target the season after for The Poachers. He moved to Holbeach United the following year and once again struggled to net for the Lincolnshire outfit.

This season, after a difficult start, the forward has really picked up, finding the target five times in his last ten games.

We had an afternoon to remember when United visited back in October as we collected our first win in the only previous meeting between the two sides at Elderstubbs. After an even opening twenty, where neither side could break the deadlock, but it took an United mistake and an easy Jordan Orosz finish to give us the lead.

Adam Creaney doubled our lead as he netted from 12 yards, when Lee Beeson brought down the same player, as we went in at the break on the front foot.

We took the game to Pinchbeck in the second period, storming to a 6-0 victory. Jordan had the pleasure of opening our second half account on 68 minutes as he fired low into the corner.

Two minutes later Kieran Fitzgerald slotted home from close range and six minutes after tom McGowan headed Creaney’s corner past Ricky Lovelace. Our last came through Phil Cassidy as he popped up in the right place at the right time to send the ball home.

It is two wins out of five for United under Dunn and the player/manager’s reign in the Premier Division started off with a opening day home fixture against Rothwell Corinthains, where they battled to a 2-1 victory.

An unbeaten September followed with big wins against Wellingborough Whitworth (6-0) and Bourne Town (0-7) before a testing trip to Elderstubbs.

Dunn’s side came away from October through till December found the going very inconsistent, however, as they earned a comfortable 3-0 win over Eynesbury Rovers, before they where dispatched in the next rounds of their remaining cup competitions later.

And with just four months of 2019 remaining, the Lincolnshire outfit was again producing the positive form they started their campaign, as only two defeats in their last 15 league meeting, with more huge scalps against Northampton ON Chenecks (7-0) and another demolition of Whitworth’s (1-5) capping off a sublime start to the year in Pinchbeck.