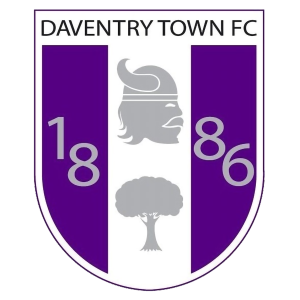 By Richard Nunney   |   June 7, 2021
Leave a comment
PRE SEASON DETAILS
Daventry Town are pleased to announce the pre season schedule for the first team ahead of the return to action in the Northern Premier League in 2021/22.
First up is an away trip to Easington Sports followed quickly by our first home pre-season game verses Desborough Town.
On the 17th July we have the Hobbs Memorial game in honour of Frank, Malcolm and Anne Hobbs which will be against local UCL side Long Buckby.
We’re away for our next two matches. A trip over to Northampton’s Sileby Rangers followed by an exciting trip up north to Bishops Auckland where the team will make use of Championship side Middlesbrough’s training facilities.
The final two confirmed fixtures at home are both Tuesday night games at home against Premier Division South side Coventry United and finally Step 3 side Banbury United. These sandwich the trip to AFC Rushden and Diamonds for the Dale Roberts Memorial Match on the 31st July.
We have a fixture planned for the 7th August but this is not yet confirmed.
Tickets for home matches will be available priced at £5 adults, £3 concessions.
10 July – Easington Sports (A) 3pm
13 July – Desborough Town (H) 7.45pm
17 July – Long Buckby AFC (H) 3pm
20 July – Sileby Rangers (A) 7.45pm
24 July – Bishops Auckland (A) 3pm
27 July – Coventry United (H) 7.45pm
31 July – AFC Rushden and Diamonds (A) 3pm
3 August – Banbury United (H) 7.45pm
Share Now