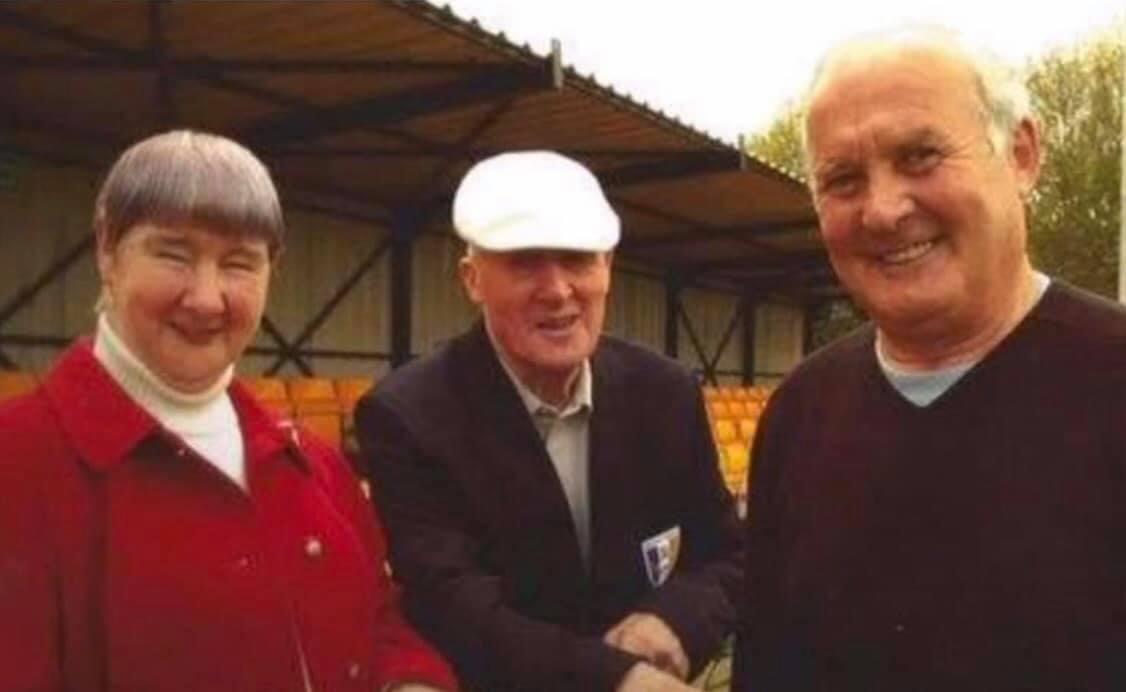 By Brian Porter   |   February 8, 2021
Leave a comment
The family of Sarah Hobbs (also known as Anne) have sadly announced that she has passed away in hospital early last week. Born in County Meath in Ireland in 1939, she later moved to Rugby to work. Anne met and married Frank Hobbs in 1966 and they recently celebrated 54 years of marriage. After their wedding they moved into a cottage at Waterloo, Daventry before moving to Elizabeth Road around fifty years ago.

Anne was well known locally for her close association with Daventry Town FC for the past 50 years, along with husband Frank, who has over 80 years service with the club as a player, committee man, Chairman and now President. Anne, who as well as attending most of the games home and away, would wash the kit and even help set up the goalposts, nets and corner flags when the team used to play at ‘the Hollow’ in the 1970s/80s. There is a ‘stand’ at Elderstubbs, Browns Road named after the family called the ‘Hobbs Stand’. The photograph below shows Anne with husband Frank, who is now 92 years of age and Frank’s brother Malcolm who is another Daventry Town FC stalwart. RIP Anne.