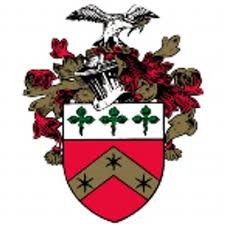 We’ve been among the goals in recent games against Sleaford and will be hoping to maintain our winning ways in the United Counties League Premier Division when we face them at Elderstubbs, on Saturday.

We’ve taken on the Greens in each of the last two seasons, winning every time and scoring a total of 11 goals in the process.

Here’s everything you need to know about our weekend visitors…

Captain Michael Hayden has become an increasingly influential part of the Sleaford midfield during a difficult season for the Greens.

Hayden joined Racing Club Warwick as a 18-year-old, before gaining his experience with a long spell at Evesham. Having played in the club’s most successful period with the latter, and in the 2017/18 season Sleaford Town then swooped.

The tenacious holding midfielder, who is comfortable in possession and capable of playing a box-to-box role, made 30 appearances in all competitions in his first season.

This season, he has been ever present this term and scored 10 in 32 games including important goals against Kirby Muxlie and Wellingborough Town.

We had taken 12 points from a possible 15 in the previous five meetings, three of them from a 3-0 win in the reverse fixture, when we headed to Eslaforde Park in September.

We made a poor start as the first half ended goalless but we opened the scoring in the 51st minute when Luke Emery grabbed his first goal.

The contest could have gone either way thereafter but Emery’s brace came six minutes later against the Greens, heading in a Adam Creaney corner.

Fitzgerald snatching a dramatic third after the hour confirmed we would win seven of our next eight leagues games.

Jamie Shaw sits in the hot seat with Sleaford Town sitting 14th in the table after picking up just six victories in their first 14 Premier Division games of the season.

Their last win was 1-0 at Rothwell Corinthians last weekend though they have lost four of their five away matches since. Despite their league position, the Greens have often proved difficult to beat and have drawn five games this season, including twelve wins.