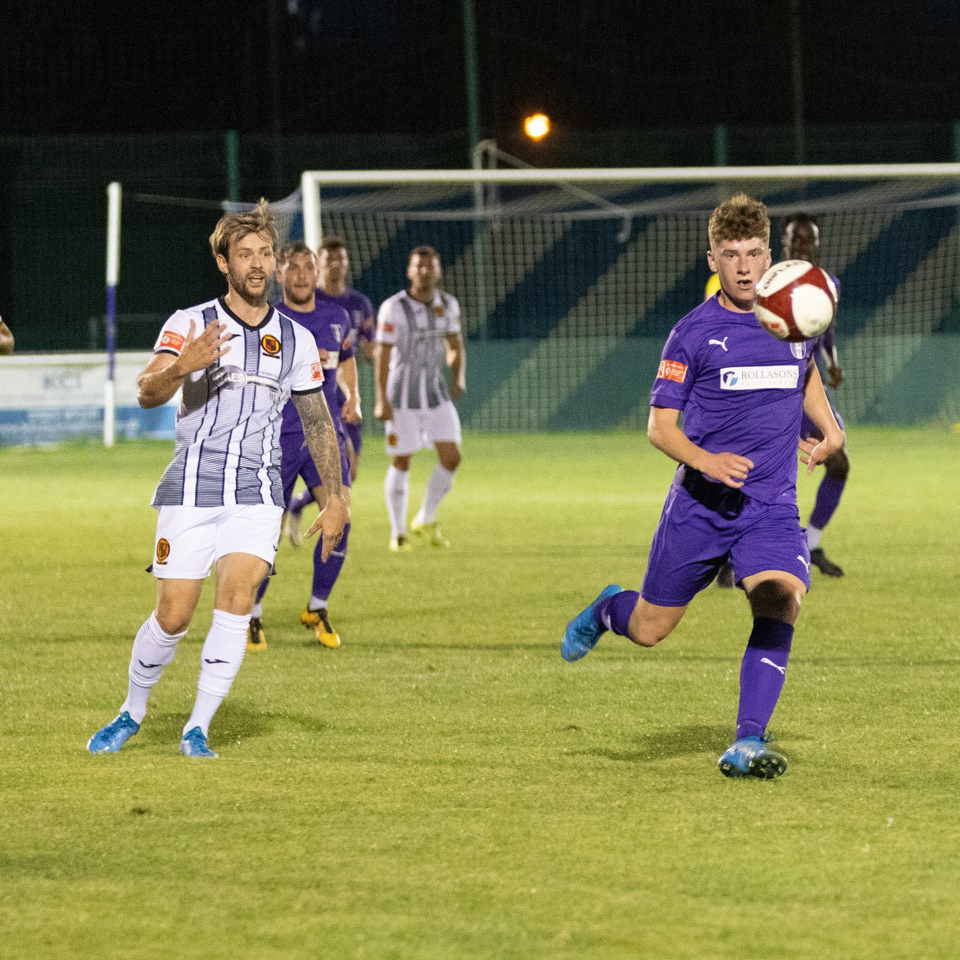 Daventry Town take on Sporting Khalsa in the Pitching In Northern Premier League Midlands on Saturday afternoon at the Guardian Warehousing Arena.  The fixture is a 3pm kick off with the Purple Army travelling 50 miles from home in pursuit of three points.

Previously Daventry were beaten 3-1 at home to Belper Town, a disappointing evening for the Purple Army with the visitors getting all three goals in the first half to take the three points.  Town now look to put things right on Saturday whilst currently sitting in 17th position in the league table.

Sporting Khalsa themselves sit in 9th place with 9 points on the board after a 2-0 win away from home in their last league game at Shepshed Dynamo on Tuesday night.  The football club in Willenhall go into this one looking to break into the top half having won their last two games, only losing by the solitary goal against unbeaten Halesowen Town on August 30 at home.

Daventry’s last success in the League came on August 17 in a 4-2 win at Histon. Two goals for striker Jack Bowen and a single goal each by Taylor Orosz and Luke Emery made sure of a great performance away from home which gave the Purple Army a much needed three points after they drew their first league game at home to Chasetown.

Positives from Tuesday night will include Jack Bowen’s clinical header as the striker continued his strong start to the season.  There was a noticeable improvement from set pieces which will no doubt create even more chances for the front man going forward.

“We will look to go to Sporting Khalsa in hope of putting a performance together over 90 minutes. We are looking to go there with an improved performance with three or four players returning for us, which should be a bonus and make us stronger. Hopefully we can start putting some points back on the table.”