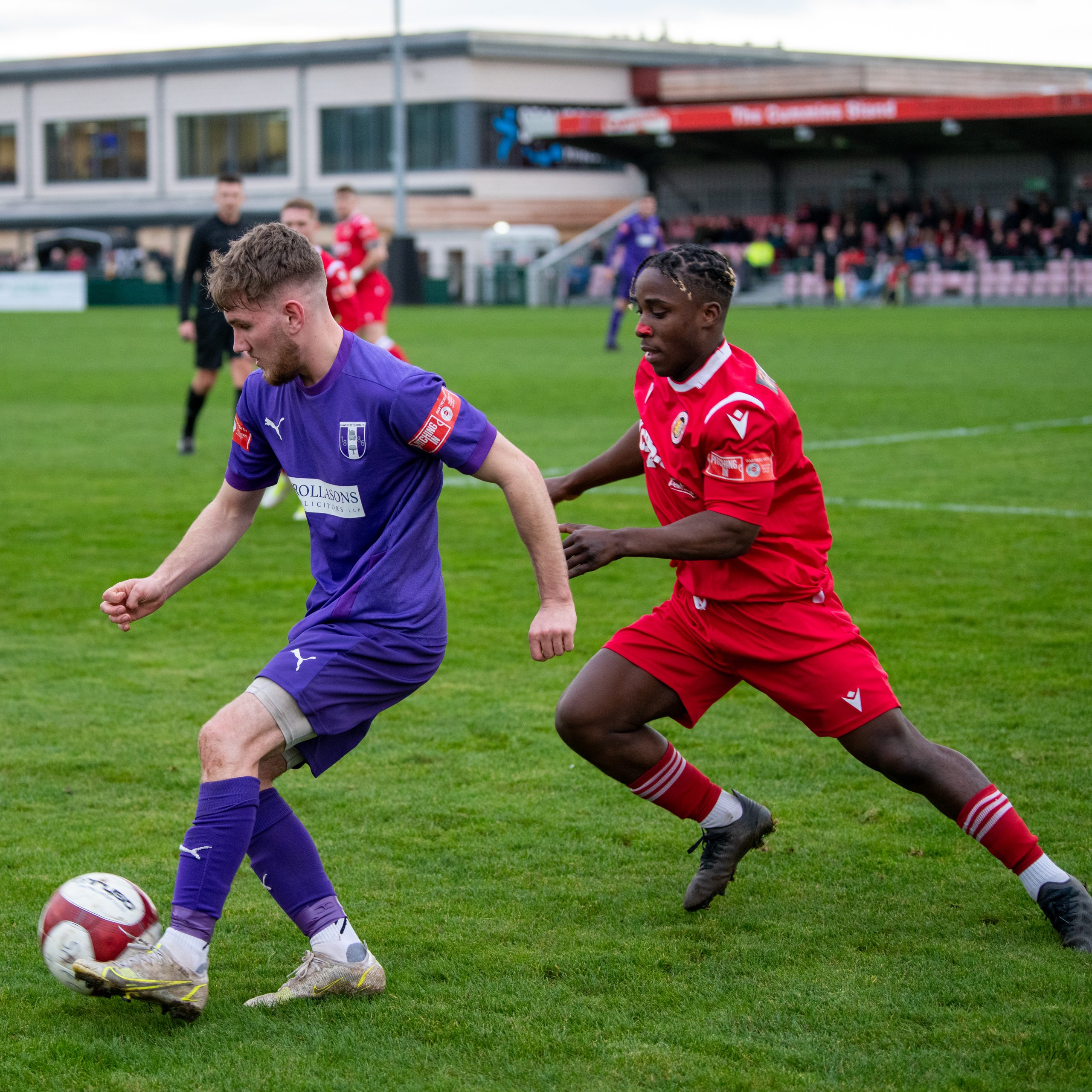 Joel Nketia’s first half opener was not enough as Stamford scored five in reply to secure a comfortable win against a below par Daventry.

On the back of two successive wins, it was Daventry who started the game stronger and who had the best of the first 25 minutes. They took a deserved lead on 21 minutes when Joel Nketia opened the scoring with a powerful header from an acrobatic overhead kick crossed in from Jack Bowen.

Minutes earlier Daventry keeper James Martin had made a great one handed save whilst on the floor following a deflected free kick.

Once Stamford had gone a goal down they immediately improved.
Two goals before half time changed the game. James Blunden equalised with a header from a corner giving Martin no chance. The second came 5 minutes later as Tendai Chitiza gave the hosts a 2-1 lead at half time scoring with a near post tap in.

The second half was poor from a Daventry perspective as Stamford extended their lead to put the game beyond Daventry. Two goals in the space of a minute from Stamford’s Harry Vince and Jack Duffy on 54 and 55 minutes were enough to kill off the game.

At 4-1 Daventry had a chance to pull one back, Nat Gosnal-Tyler found himself one on one with the keeper, but his shot hit the base of the post with the keeper well beat. Jack Bowen was the first to intercept the ball and squared back to Nketia who hit the follow up wide.

Jack Duffy completed the scoring on 73 minutes with another header going past Martin to make it five.

Daventry are back in action on Tuesday night in the Hillier Cup travelling to Brackley Town before a home match vs Coleshill in the Pitching In Northern Premier League.