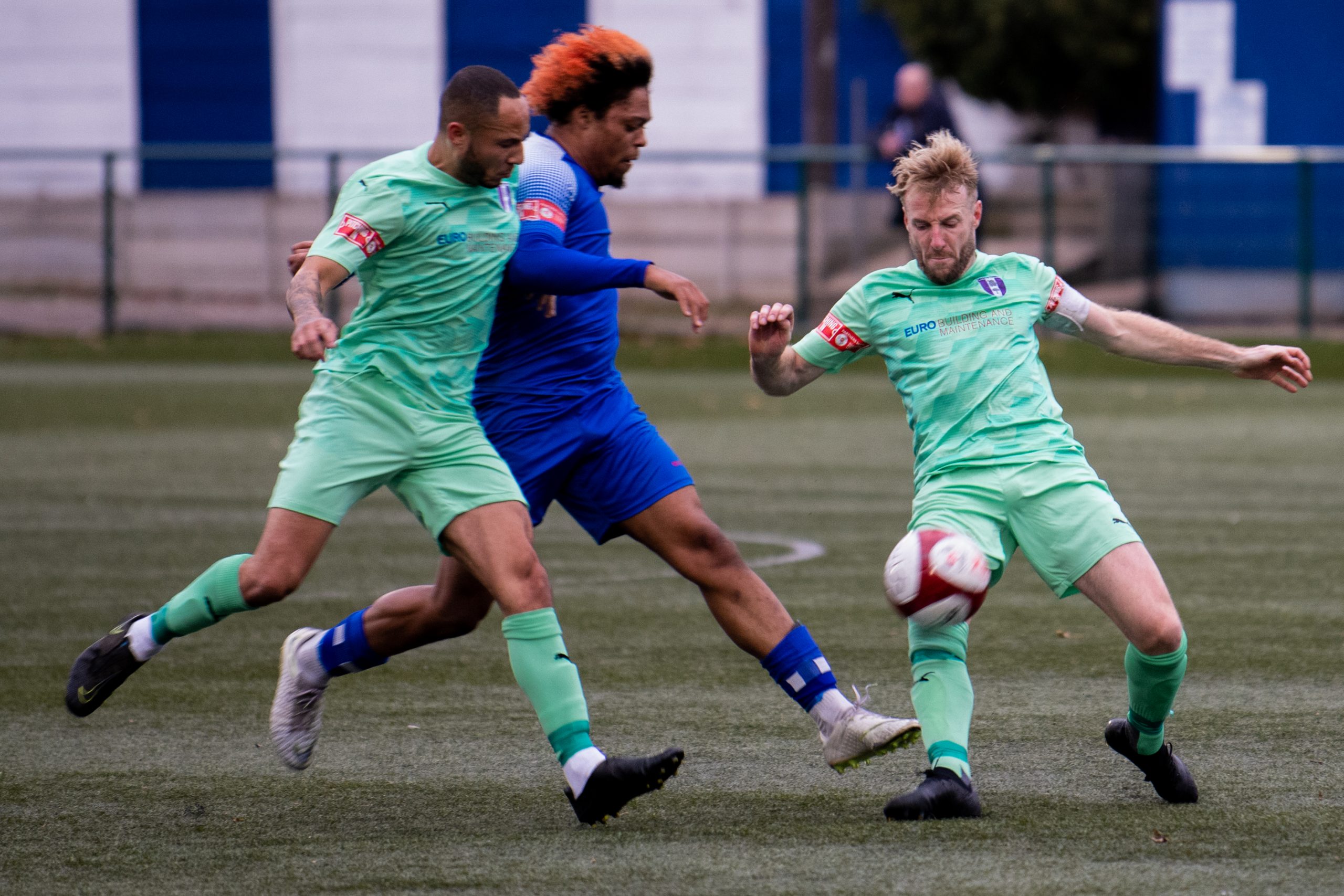 Daventry picked up a massive 3 points on the road after an assured display away at Sutton Coldfield Town.

Town took the lead after just 2 minutes when Jack Bowen’s ambitious shot from distance went in past keeper Lewis Gwilliams. The shot was hit from a good 35 yards and looped in to the top corner giving the goalkeeper no chance. This ended a run of games without a goal for the striker.

Daventry were strong in the first half controlling the game. Taylor Orosz had a half chance on 32 minutes going through on goal prior to hitting a soft shot at the keeper. Sutton had a couple of half chances but other than a chance on 40 minutes didn’t really trouble keeper James Martin. The most danger he had was from the cymbals and drums being played behind the Daventry goal.

Immediately after half time Daventry got a second goal to go two goals clear. Nat Gornal-Tyler controlled a half volley well to cut a skidding shot past the Sutton keeper.

A good performance was made to look tricky on 81 mins when Sutton Coldfield were awarded a penalty converted by Ryan Nesbitt. Defender Ross Harris was booked book in the aftermath.

Just 5 minutes later though what could have been a difficult last 10 minutes evaporated when substitute Aiden Print, just on to the pitch as a sub, was left one on one in the box hitting a fierce shot into the bottom corner to seal all three points.

There was still time for James Martin to cap off an excellent display with a save deep into injury time.

The win was a massive boost to the Daventry side who’s performances over the last few weeks have deserved better. The result moves the Purple Army out of the relegation spots ahead of the home game vs Bedworth Town next Saturday.