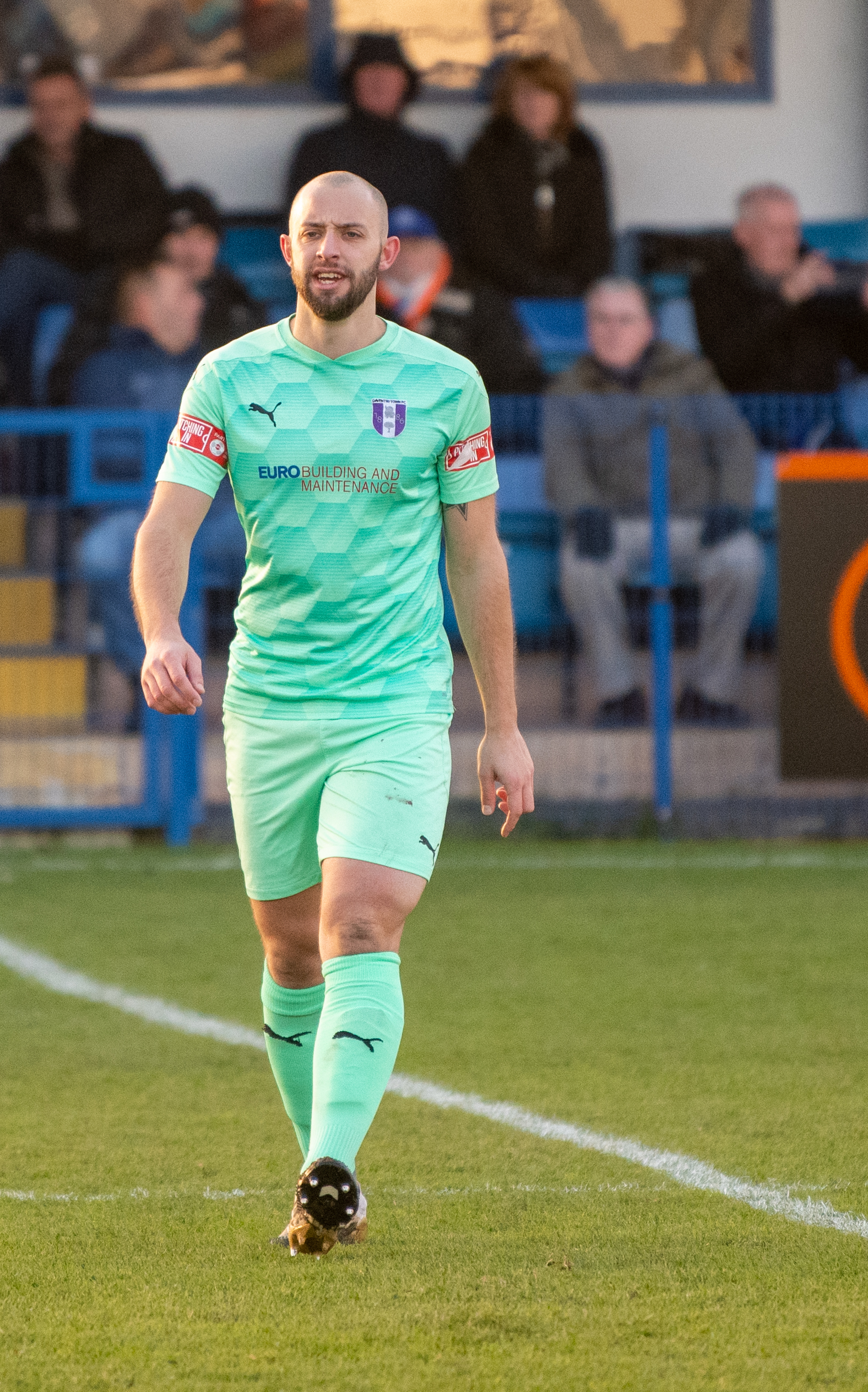 By Richard Nunney   |   December 10, 2021
Leave a comment
Home fans will get a chance to welcome Tom Lorraine back to Elderstubbs tomorrow as he makes his second home debut at the club verses Histon FC.
Tom re-signed for the club last week on a permanent move from AFC Rushden and Diamonds and went straight into the side where he partnered Jack Bowen up front against Halesowen and looked dangerous!
He scored 100 goals for the Diamonds with his 100th coming in the Southern League Challenge Cup at Peterborough Sports. He leaves AFC Rushden and Diamonds as their record scorer.
We are sure that “Shanks” will be a success on his return to Daventry and all at the club look forward to seeing him getting on the scoring trail for the Purple Army!
Kick off for tomorrow’s game is 3pm and tickets will be available on the gate!
Share Now