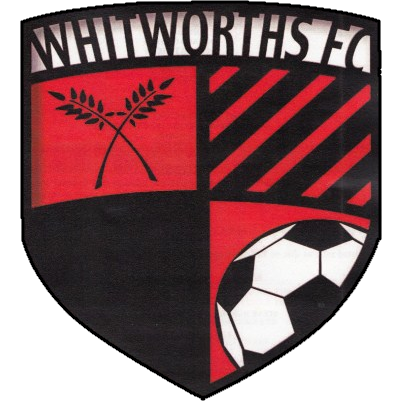 Town made one change with captain Ross Harris returning to the starting line up. Rico Alexander was named amongst the substitutes. Bleu McNeil, Elliot Herbert and Adam Moussi are still out injured.

Top of the Table Town came in to the match brimming with confidence after scoring 17 goals in the season’s first three fixtures. Whitworth suffered an agonising 1 0 defeat in the FA Cup with a goal in the last minute and two defeats from two league matches left them routed to the bottom of the table.

The visitors came straight out the blocks all guns blazing. Taylor Orosz nearly opened the scoring with an overhead kick that went just over the bar.

It wasn’t long before Town took the lead in the 4th minutes. LUKE EMERY picking the ball up on the right side of the box with his back to goal, his sharp turn and pin point shot found the far corner of the net.

Luke Emery nearly made it two shortly after from the left side of the box but the ball went just wide of the post.

Dean Lukeman and Kieran Fitzgerald combined well on the left flank. A swift 1 2 set up the former but Lee Baxter saved well with his legs.

Town were playing some excellent football and were calling all the shots. Adam Confue won the ball back on the touch line then played a cross field pass to Adam Creaney. His first time cross was put just over the bar by Luke Emery.

It was chance after chance for Town, Taylor Orosz forcing the keeper to save again with his legs before Fitzgerald had a shot just clear the bar.

Town fans were celebrating a second goal when Baxter saved a Orosz shot with his legs and the ball came quickly to Emery. His shot lacked power but seemed destined for the net but defender Connor Mallows got back to clear the ball off the line.

Drama at both ends, the Flourmen’s bench were convinced that Town keeper Ant O’Connor had come outside of his box to claim a long ball. The assistant was well placed and was having none of it.

Emery had a shot saved again by the keeper and a defender fell on the ball and appear to control the ball with his arm. Again, the referee waved away Town’s protests.

Adam Creaney took a free kick on the edge of the box after Fitzgerald was brought down. The Ginger Pele’s effort went just wide of the post.

Town should really have been out of sight with the number of chances they created.

Luke Emery almost got his and Town’s second within 30 seconds of the restart, the ball going just the wrong side of the post

The Flourmen then had their best spell of the match forcing 4 corners however they could not create anything to trouble O’Connor.

Taylor Orosz reached a through ball just before the keeper who forced him wide. The former Whitworth striker’s turned and his shot curled just past the angle of the post and bar.

Parkinson made two changes on 68 minutes with Greg Anayitos and Jordan Orosz coming on for Luke Emery and Kieran Fitzgerald.

GREG ANAYITOS doubled Town’s lead with an individual goal. He won the ball back in midfield and then turned and run at the goal picking his spot from the edge of the box on 70 minutes.

Taylor Orosz forced another good save from the keeper, again with his legs both Dan Childs and Adam Confue hit the crossbar.

Two minutes for the end of normal time, Taylor Orosz was brought down in the box and ADAM CREANEY smashed home the penalty.

There was still time for Whitworth’s Man of the Match Lee Baxter to get down well to his right to tip Taylor Orosz’s drive on to the base of the upright.

Town’s 100% start kept them top of the table and they go into next Saturday’s FA Cup tie at home against Yaxley in a confident mood.

One week later, Town travel to Broadfields United in the FA Vase tie on September 1st and will be running a coach for players and supporters. Please contact Brian Porter on 07903 859107 for further details.