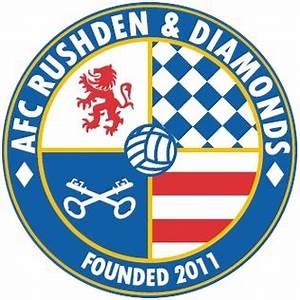 With the Cup and league double still fresh in the minds of the supporters, the players return to training this Thursday night as they prepare for their return to the Southern League. Indeed, a return to Raunds Town where the team won the UCL KitMan Knock Out Cup back in May is among the friendlies lined up.

Their first fixture on Saturday 13th July is a tough home match against Southern Premier League side Redditch United. The Reds appointed a new manager in the summer new manager and he will need no introduction around Elderstubbs as it is no other than former Joint Manager and player Ian King who has taken on the role at Trico Stadium. The match kicks off at 3pm.

A short trip to the Bucks for what is always a hard fought battle follows what has become a regular encounter with Brackley Town Saints.

The Diamonds team which will arrive on the 3rd August could well contain a number of former Town players with Liam Dolman, Tom Lorraine, Jack Ashton, Ben Heath, Ben Farrell and Nathan Hicks all making regular appearances for the Southern League side last year.

Town’s Southern League fixtures will be announced on the morning of 12th July.