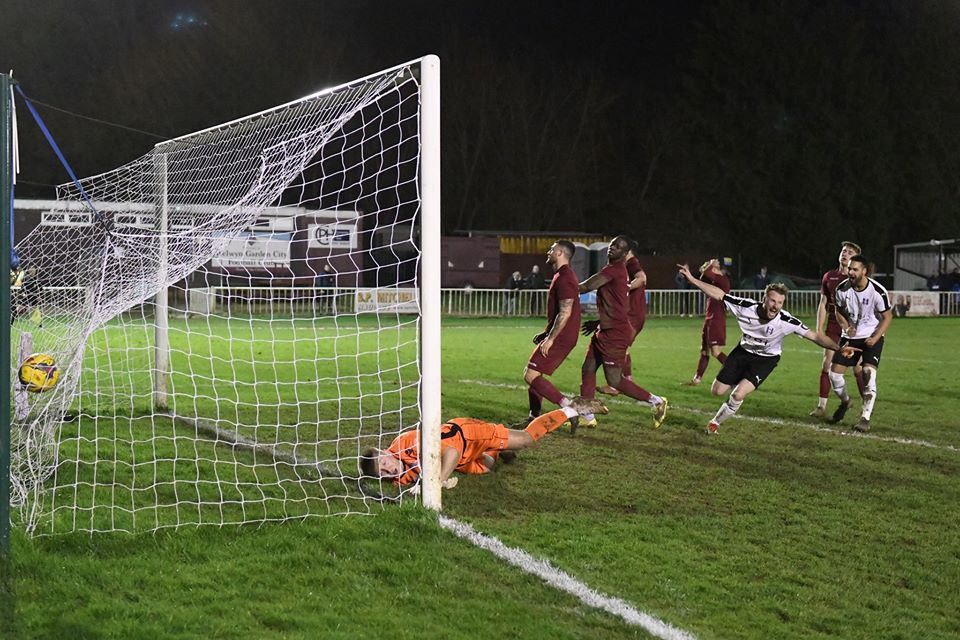 A great win for Daventry against a team on the verges of the play offs in a game of 2 halves. The first a poor spectacle, the second an entertaining half.

Welwyn took the lead on the 38th minute when a scrambled Dylan Ebengo goal beat James Martin to give Welwyn a half time lead.

The second half though was completely different as Daventry came out positively and Man of the Match Luke Emery scored twice in 10 minutes to give Daventry a lead. The second a particular good header to beat the flailing keeper.

This goal was cancelled out by Jordon Watson on the 75th minute, a free kick from distance beating James Martin.

Daventry went back in the lead on 83 minutes when Ross Harris got a rare goal to give Daventry the lead again. This win was sealed on 96 minutes when good work from Carter Price lead to Aaron King slotting home into an empty net.

This was against 10 men after Welwyn’s Charlie Payne was sent off for 2 bookings.